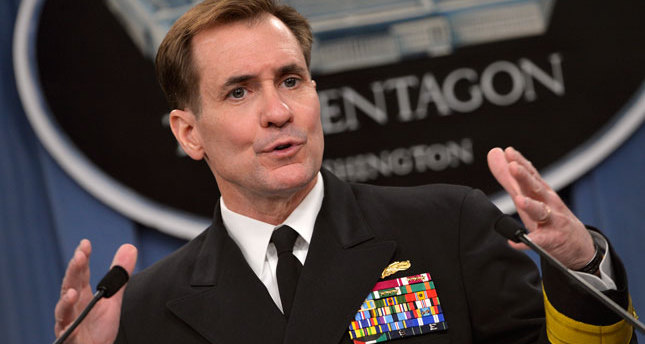 by Daily Sabah with Agencies Oct 23, 2014 12:00 am
The Pentagon said the campaign, launched to eradicate the Islamic State of Iraq and al-Sham (ISIS) from the region has cost $424 million so far to the U.S. The Pentagon's press secretary, Rear Adm. John Kirby, said the cost has averaged about $7.6 million a day since the bombing began in Iraq on Aug. 8. President Barack Obama expanded the campaign by authorizing airstrikes in Syria in late September. The U.S. military also is flying large numbers of aerial refueling and surveillance and reconnaissance missions over Iraq and Syria, and it has about 1,400 U.S. military personnel on the ground in Iraq.

There are no U.S. troops in Syria. The U.S. Air Force also has flown a small number of resupply missions in Iraq and Syria. Kirby also said that in Iraq, local security forces are beginning to make some headway against ISIS forces, while in the Syrian town of Kobani the local Kurdish forces are in control of the majority of the area. But the spokesman also said progress is slow and it is not possible to predict when a turning point will be reached. He said the situation is tenuous. To date, U.S. forces have carried out more than 140 airstrikes against ISIS near Kobani, according to U.S. Central Command.