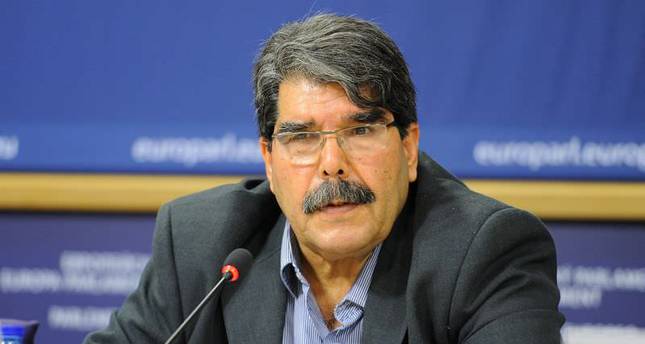 by Daily Sabah Oct 25, 2014 12:00 am
The Democratic Union Party (PYD) leader Salih Muslim has made important remarks on Friday over the battle in Kobani on an interview aired on CNN Turk.

As he commented on Turkey's recent decision to assist the Iraqi Kudistan Regional Government (KRG) Peshmerga forces to pass through Turkey into Kobani in Syria. Muslim said that the YPG, PYD's armed wing, already has enough soldiers in Kobani but the Peshmerga forces, whom will be crossing into Kobani, are special forces equipped with heavy weapons.

"As the Turkish government said, the number of Peshmerga forces going to Kobani is still uncertain. All of the details of the Peshmerga's transit into Kobani are still under discussion," Muslim added.

Muslim said that the PYD asked for a safe corridor from Turkey, where they can receive weapons and Turkey has given the green light but talks are still underway.

He also commented on Turkey's on going reconciliation process and said that they are ready to support the process and sustainable peace in Turkey would also benefit them.