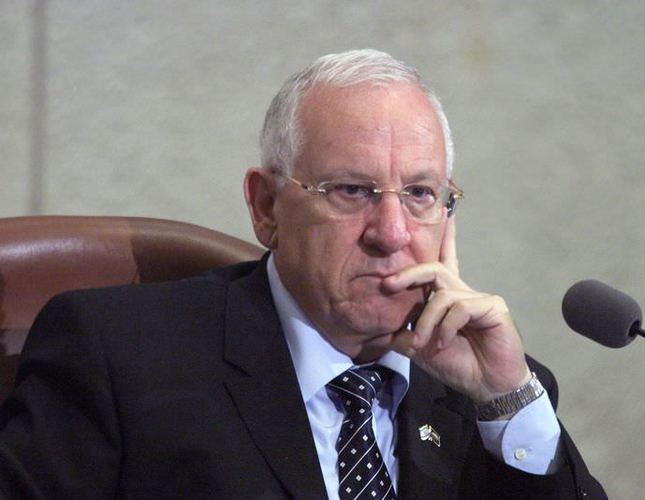 by Oct 26, 2014 12:00 am
Israel's president Sunday became the country's first head of state to attend a memorial ceremony for 48 Arab civilians killed by Israeli forces in 1956, calling the deed a "despicable crime," but stopping short of an outright apology.

But Reuven Rivlin said an apology for the Kafr Qaqim Massacre was unnecessary, as one had already been issued by former president Shimon Peres during a 2007 visit to the village.

As the Suez Crisis started on October 29, 1956, Israel expected Jordan to enter the war on Egypt's side. As a precaution, it ordered a curfew in Arab villages near the border with Jordan. That included Kafr Qasim.

But many villagers were out at work and had not heard of the curfew. Meanwhile, an Israeli colonel interpreted the order as saying anyone violating it should be shot without question. In the end, a Border Guard platoon was ordered to open fire, killing 19 men, six women, 17 boys aged 8-17 and six girls aged 12-15.

Locals put the official toll at 49, including the unborn child of one of the women shot.

Israel's Channel 2 described the massacre as one of the worst "open wounds" in the history of Jewish-Arab relations in the country, where Arabs form a minority of 20 per cent.

"I came here today as a son of the Jewish people and as the president of the state of Israel, to stand before you, the families of the victims and the injured, in order to feel the pain of the memory, together with you" Rivlin said.

"The despicable killing in your village, Qafr Kasim, is an exceptional and dark chapter in the history of the relations between us, the Arabs and Jews who live here," he said.

"The state of Israel has recognized the crime that was committed here and, rightly and justly so, has apologized for it."

"I too, here today, repeat and say: a severe crime was committed here," he said. "An illegal order, a black flag hovering over it, was given here. And its results demand soul searching."

"It is our duty to teach the coming generations this difficult chapter."

Rivlin however also demanded that political and spiritual leaders in Arab villages in Israel speak out against violent protests such as stone-throwing and vandalism directed at Israeli authorities. He also opined against attacks like one last week in which a Palestinian from East Jerusalem allegedly deliberately rammed his vehicle into a crowd waiting at a light railway station, killing a three-month-old baby.

"We are destined to live together - or else to struggle against each other forever," he said.

Rivlin, whose duties as president are largely ceremonial, succeeded Shimon Peres in June. A Jewish nationalist, he opposes the creation of an independent Palestinian state on the West Bank and Gaza Strip, but has often expressed sympathy for the plight of Palestinians.