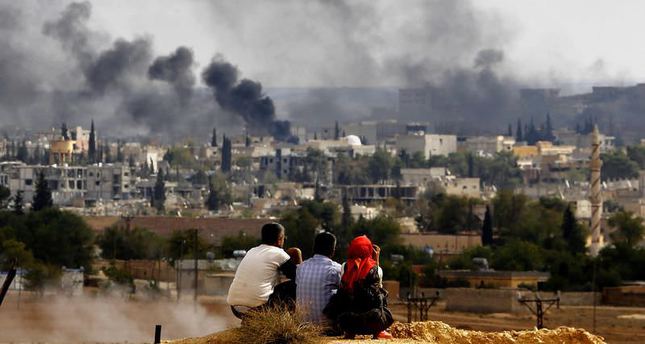 Peshmerga forces who will fight in the besieged town of Kobani against ISIS have taken off from Erbil, said a senior official from the Kurdistan Regional Government (KRG).

Peshmerga fighters are flying first to Turkey from Erbil Airport and then will pass into Kobani, announced the Iraqi Kurdish official Hemin Hawrami on his twitter account Tuesday.

After the fighters arrive at the district of Silopi in Şırnak Province in Turkey's southeastern region, they will travel by land to Kobani, said Hawrami -- the Head of Kurdistan Democratic Party's Foreign Relations Office.

The KRG's parliament unanimously voted on Wednesday last week to send peshmerga forces via Turkey to the besieged Syrian town of Kobani to fight against ISIS militants.

The town is currently being defended by the People's Protection Units, the armed wing of the Democratic Union Party (PYD), which is listed by Turkey as a terrorist group.

The vote at the regional parliament came two days after Turkey said it would help peshmerga forces access Kobani through Turkish territory.