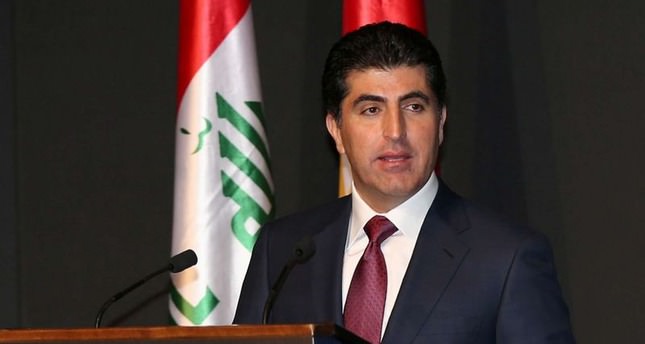 The Kurdish regional government in Iraq sent its peshmerga Wednesday to fight alongside the Kurdish groups in Kobani under a special arrangement with Turkey.

According to a statement in the KRG's website, Prime Minister Nechervan Barzani said on Wednesday: "I hope the peshmerga's departure will bring victory for Kobani."

The ISIS launched an offensive in September to capture the strategic town, located only hundreds of meters away from the Turkish border.

Barzani also said that his government would continue to offer all kinds of support to Kobani, including military and humanitarian aid.

The peshmerga landed on a private plane at Turkey's GAP Airport from Erbil International Airport at 01.15 a.m. local time. They were stationed in Suruc town near the Syrian border, a provincial governor told reporters earlier on Wednesday.