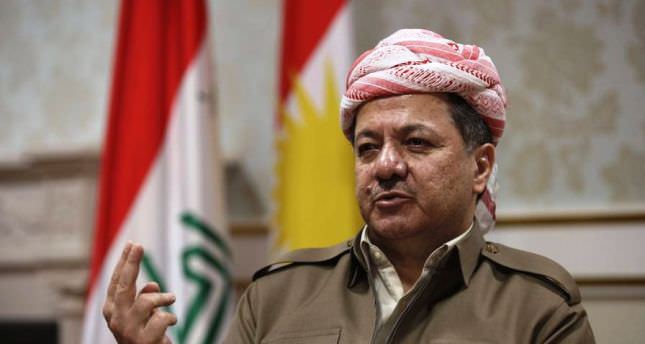 Masoud Barzani said that peshmerga access to Kobani would have been impossible without Turkey's compliance, in a written statement. Barzani spoke after peshmerga soldiers departed early Wednesday to fight alongside Kurdish fighters in Kobani on the Turkey-Syria border to take on the Islamic State of Iraq and al-Sham. "Intense bilateral and trilateral talks were held among the U.S., Turkey and the Kurdish region to arrange access for the peshmerga. After the talks, Turkey officially informed us that it would provide all kinds of support," he said.

The first batch of Kobani-bound peshmerga troops landed in a private plane at Turkey's GAP Airport from Irbil International Airport early Wednesday, and then were stationed in the Suruç district of Turkey's border province Şanlıurfa. A separate truck convoy carrying heavy weaponry also entered Turkey on Wednesday via the Habur border crossing in the southeastern province of Şırnak. Barzani saıd that the Iraqi Kurdish parliament unanimously voted last week to send peshmerga forces through Turkey after foreign support was secured.