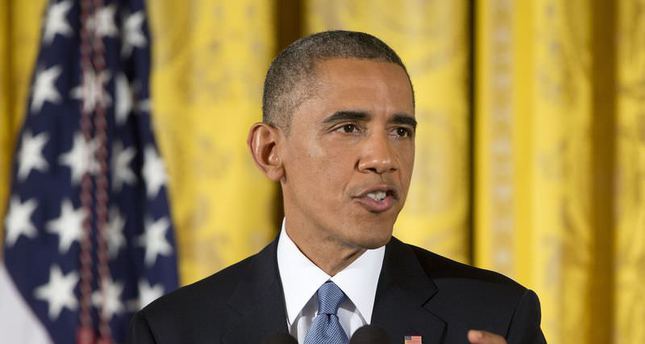 by French Press Agency - AFP
Nov 05, 2014 12:00 am
U.S. President Barack Obama says he has heard the message from voters who put Republicans in power in the U.S. Senate and extended their majority in the House of Representatives.

The president said the Republican victories Tuesday in the midterm elections are a sign they want Washington "to get the job done."

In a White House news conference, he said both parties must address those concerns. But he acknowledged as president he has a "unique responsibility to try to make this town work."

He said "Congress will pass some bills I cannot sign, I will take some actions that some in Congress will not like but I am eager to hear Republican ideas for governing together." And he vowed to work hard during his final two years in office to make progress. He said, "It's time for us to take care of business."

Obama also said he wants to work with Congress on a new authorization to use military force against the ISIS.

Obama said the world needs to know the United States is united behind the effort. He says U.S. military members deserve their government's clear support.

Previously, the White House has cited Congress' 2001 authorization to wage war on terrorists responsible for Sept. 11 as legal grounds for its airstrikes against ISIS in Syria. The Obama administration has also cited the invitation from Iraq's leader for the U.S. to strike ISIS targets there.

Passing a new authorization would mark a new chapter for U.S. military engagement in the Middle East.

Obama spoke the day after midterm elections, in which his party suffered heavy losses and Republicans seized the Senate.
Last Update: Nov 05, 2014 10:40 pm