Four killed and seven others injured in synagogue attack in Jerusalem 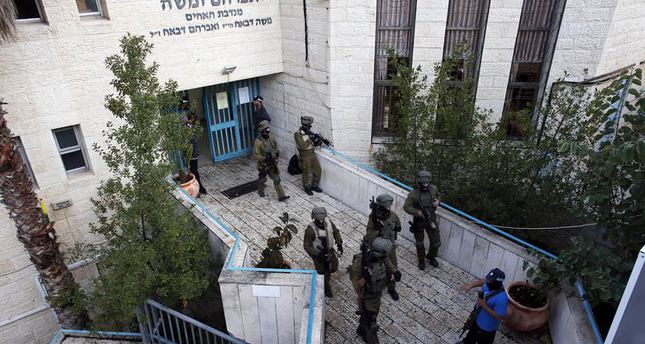 Four Israelis were killed and seven others injured in an attack by two Palestinians on a Jewish synagogue in West Jerusalem, with the two attackers gunned down by Israeli police in the immediate wake of the attack.

According to Israeli police spokesmen Micky Rosenfeld, two suspects entered a synagogue in the Har nof neighborhood in Jerusalem with knives and axes.

"Police confirm four Israelis killed in synagogue attack in Jerusalem. Both terrorists shot and killed by police," he added on Twitter.

The four people killed were Israelis with dual citizenship, three of whom were also American nationals and the fourth a Briton, police spokesman Micky Rosenfeld said.

Seven others were injured in the attack, he added.

Palestinian President Mahmoud Abbas has condemned the attack on Tuesday, the first time he has directly denounced violence after weeks of deepening unrest.

"The presidency condemns the attack on Jewish worshippers in one of their places of prayer in West Jerusalem and condemns the killing of civilians no matter who is doing it," his office said in a statement to Reuters.

"The time has come to end the occupation and to end the causes of tension and violence, and we are committed to a just solution based on two states according to international law," the president said.