Israel to 'respond with a heavy hand' to synagogue attack: Netanyahu 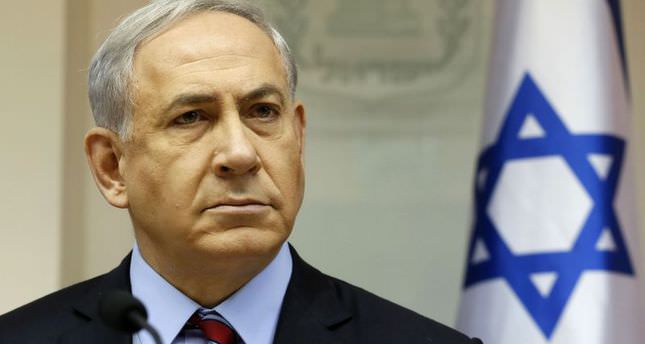 Israeli Prime Minister Benjamin Netanyahu said on Tuesday that Israel will "respond with a heavy hand" to the murder of Jews in a synagogue attack in West Jerusalem earlier in the day.

Netanyahu blamed Palestinian Authority President Mahmoud Abbas and Palestinian Hamas group for the deadly attack. "This is the direct result of the incitement being led by Hamas and Abu Mazen [Abbas], incitement which the international community is irresponsibly ignoring," Netanyahu said in a brief statement.

He also asserted that the attack will not pass unnoticed. "We will respond with a heavy hand to the brutal murder of Jews who came to pray and were met by reprehensible murderers," he said.

Earlier in the day, four Israelis were killed and seven others injured in an attack by two Palestinians on a Jewish synagogue in West Jerusalem, with the two attackers gunned down by Israeli police in the immediate wake of the attack.

The attackers were identified as cousins named Ghassan and Oudai Abu Jamal from the neighborhood of Jabal al-Mukaber in occupied East Jerusalem.

According to Israeli police spokesmen Micky Rosenfeld, two suspects entered a synagogue in the Har nof neighborhood in Jerusalem with knives and axes and attacked the worshippers inside.

"Police confirm four Israelis killed in synagogue attack in Jerusalem. Both terrorists shot and killed by police," he added on Twitter.

Seven others were injured in the attack, he added.

The Palestinian Hamas movement has said that Israel's "continuous crimes against Palestinians" were the reason for Tuesday's deadly attack on a synagogue in Jerusalem.

"The Jerusalem operation was a natural response to Israel's continuous crimes, including the [8-year] blockade on the Gaza Strip," Hamas' spokesman Sami Abu Zuhri said in a brief statement.

Tuesday's attack comes amid months-long tension in Jerusalem and the West Bank, which heightened late last month after Israeli authorities shut down East Jerusalem's Al-Aqsa Mosque complex for hours-for the first time since 1967 when Israel occupied the city.

In recent weeks, Jerusalem has seen several deadly attacks as well as violent clashes between Israeli troops and Palestinian protesters.