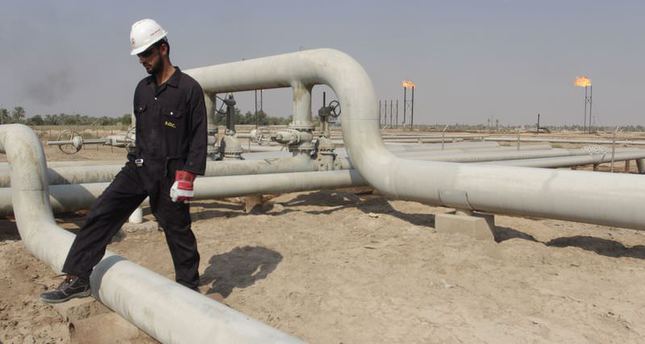 by AA
Nov 19, 2014 12:00 am
The Central Iraqi government will restart transporting oil, Turkey's Energy and Natural Resources Minister said at an energy conference in Rome on Wednesday. Transportation of oil from Iraq was halted in March this year.

"Income from oil contributes towards the stability of Iraq, and we (Turkey) argued from the beginning that it belongs to all Iraq both north and south. Turkey did its share of work to form and protect such a system," Turkey's Energy and Natural Resources Minister Taner Yıldız said at the 'Building a Euro Mediterranean Energy Bridge' Conference in Rome.

"We will witness oil transportation of 150 thousand barrels per day effective from today (Wednesday) from the Central Iraqi government," Yıldız said.

Iraq and the Kurdish Regional Government had come to an agreement to resolve the conflict of oil exports and to re-establish trust last Friday.

The Kurdish Regional Government had continued to sell oil to the world's markets from the Ceyhan port of Turkey via the Kirkuk-Ceyhan pipeline, after central sales had stopped in March. The central government accused the Kurdish Regional Government of violating the constitution, which stipulates that oil sales be administered directly from the capital Baghdad, while the Kurds insisted that it is their right to sell oil for their people's needs.