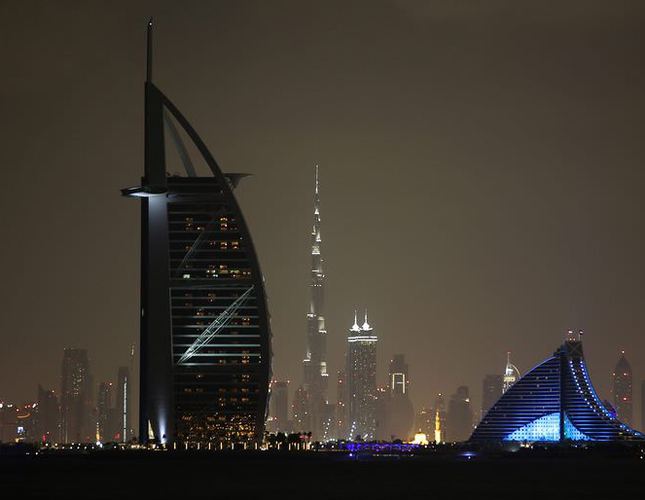 In a recently released report by Amnesty, the oil-rich UAE has been slammed over arbitrary detentions, cancelling citizenships and labeling dissidents Islamists

The United Arab Emirates (UAE), established in 1971, is the main business center in the Gulf region. Due to the discovery and exportation of oil, the once small Arab cities have penetrated the lists of the wealthiest countries in the world. The cities that were no different from a village in the middle of the 20th century have undergone an unprecedented change, now hosting tall skyscrapers. UAE citizens live in prosperity - the country's GDP is higher than many Western and developed countries, especially in per capita terms. According to the CIA fact book, the UAE's GDP (adjusted for purchasing power parity) was $269.8 billion in 2013 while its GDP, based on official exchange rates, was $390 billion. For such a tiny country with its population of 6 million, of which only 1.4 million are citizens, such figures are relatively high.

The UAE is also open to all kinds of people from around the world, as long as they come to do business. Yet, for the others who come to work in the country, the conditions are not in accordance with their wealth. Many reports on the conditions of foreign workers have been released and in many of them the UAE has been slammed over its inability to provide sufficient humanitarian conditions for the workers. The UAE, especially Dubai, where labor unions are banned, has long faced criticism from human rights groups who say it turns a blind eye to cases of the non-payment of wages, lack of medical care and sub-standard housing for workers. Construction workers in the booming Gulf trade hub, which is building the world's tallest tower and man-made islands, have long complained about poor working conditions. The UAE government in 2008 revised the labor laws to include requirements that employers pay for migrant workers' travel, employment permits, medical tests and health care. It also closed down some workers' camps that do not meet health and safety standards in a crackdown on firms abusing foreign workers. But New York-based watchdog Human Rights Watch said a UAE draft labor law fell far short of international standards for the rights of workers.

Besides the workers' problems, the UAE has also been criticized due to its stance on opposition voices against the government. In a report released by Amnesty International last week, the UAE was accused of an "unprecedented clampdown on dissent," as more than 100 activists have been jailed since 2011 for calling for political transformation. The 80-page report was titled "There is no freedom here: Silencing dissent in the UAE," and included interviews with the victims of the country's repression.

A political prisoner, Dr. Mohammed al-Mansoori, told Amnesty, "Westerners come here and see the malls and the tall buildings and they think that means we are free. But these businesses, these buildings – who are they for? This is a dictatorship. The royal family thinks they own the country, and the people are their servants. There is no freedom here." The report said, "In recent years, the government of the United Arab Emirates has portrayed the country internationally as a dynamic, forward-looking state, a burgeoning economic power and a political safe haven amid the turmoil and conflict affecting other states in the Gulf region and the Middle East." The report continued by criticizing the country, noting, "Yet, beneath the glitz, the gloss and the glamor of the facade that the UAE's rulers present to the outside world, there is a much uglier reality, where activists who dare to challenge the authorities or speak out in favor of greater democracy and government accountability are thrown into jail. There, they are cut off from the outside world for months at a time before they are tried and sentenced to long prison terms by courts that do little more than rubber stamp the decisions of the UAE executive."

The report pointed out the arbitrariness of government officials, mentioning, "In some cases, the authorities have arbitrarily withdrawn individuals' UAE citizenships, depriving them of the rights and privileges associated with that status in the UAE and rendering them stateless. They have also exiled at least two activists and deported a number of foreign journalists. In other cases, the authorities banned individuals from traveling abroad or harassed them through other means, such as engineering the cancellation of their personal bank accounts, terminating their employment or hindering university studies. They have subjected some critics and advocates of reform to oppressive surveillance, or publicly denigrated them as "Islamists" in smear campaigns in the local media and on social media platforms in an apparent attempt to delegitimize their calls for political accountability and reform. The government also introduced new "cyber crimes" legislation to penalize internet-based criticism and dissent, and a repressive new anti-terrorism law that can be used to imprison peaceful activists."

Amnesty International's report on the freedom of expression in the UAE was "one-sided and inaccurate," the Ministry of Foreign Affairs said. Amna al-Muhairy, director of the ministry's Human Rights Department, said the organization rejected the UAE's answers to questions raised by them, something that undermined the report's credibility, reported Wam, the state news agency. "The UAE regrets that Amnesty International has published a one-sided and inaccurate report," said Ms. al-Muhairy. "The report, based in part on anonymous sources, repeats familiar politically motivated allegations from groups seeking to undermine and overthrow the UAE's successful model of a stable, peaceful, tolerant and diverse society, which has created economic opportunities for millions of people from all over the world."