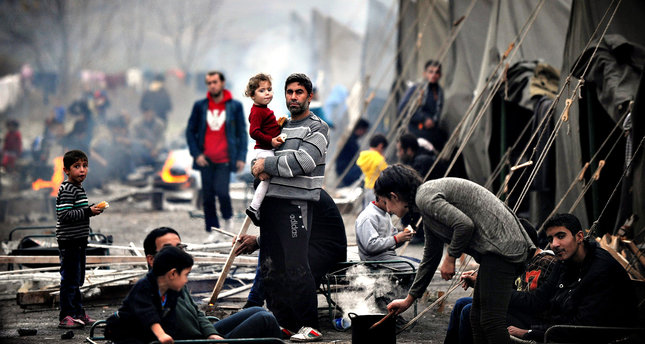 by Associated Press Dec 02, 2014 12:00 am
The United Nations World Food Program on Monday suspended a food voucher program serving more than 1.7 million Syrian refugees, citing a funding crisis after many donors failed to meet their commitments.

Cutting the program, which provides Syrian refugees in Jordan, Lebanon, Turkey, Iraq and Egypt with electronic vouchers to buy food in local shops, means that "many families will go hungry," the U.N. agency said in a statement. "The suspension of WFP food assistance will be disastrous for many already suffering families," said WFP Executive Director Ertharin Cousin, adding it will also "endanger the health and safety of these refugees and will potentially cause further tensions, instability and insecurity in the neighboring host countries."

Syria's 3½-year-long civil war has killed more than 200,000 people and touched off a massive humanitarian crisis, forcing more than 3 million to seek refuge abroad and displacing another 6.5 million within the country. Trying to meet the needs of those affected by the crisis has put a tremendous strain on countries that have taken in refugees, as well as organizations that provide humanitarian assistance. Cousin said that many donors have not honored their commitments, leaving the agency's Syria emergency operations in critical need of funding. WFP said it requires $64 million to support Syrian refugees in December alone. The U.N. agency said that if funding comes through, it will immediately resume the voucher program.