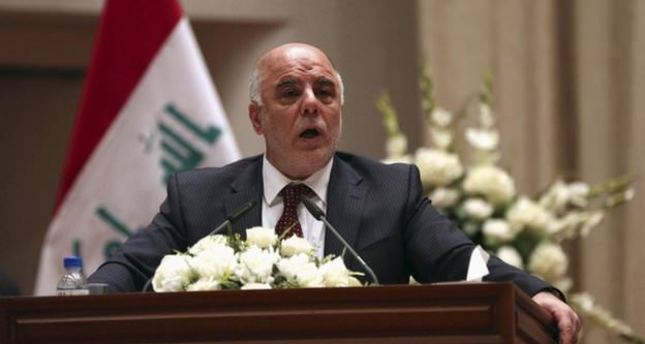 by Dec 03, 2014 12:00 am
cIraq's new government has discovered 50,000 "ghost soldiers" who received army salaries without showing up for work, a practice which accelerated the military's collapse in the face of the self-proclaimed Islamic State of Iraq and al-Sham (ISIS) fighters six months ago.

The names were uncovered in an investigation launched by Prime Minister Haidar al-Abadi, who took office in September, his spokesman Rafid Jaburi said.

"Ghost soldiers" were men on the army payroll who paid their officers a portion of their salaries and in return did not show up for duty, enriching their commanders and hollowing out the military force.

"Those 50,000 soldiers were revealed after an intense search through military documents and there will be a field search in order to put an end to this phenomenon and any other form of corruption," Jaburi said.

Local officials in Mosul said the city should have been defended from an ISIS attack in June by 25,000 soldiers and police, but in reality the number was at best 10,000. ISIS militants took over the city with barely a fight.

The United States, which has spent billions of dollars trying to build up Iraq's armed forces before it pulled out in 2011, has sent military advisers back to Iraq to train them to take on the ISIS fighters who now control much of the north and west of the country.

Since taking over as premier from Nuri al-Maliki, Abadi has sacked dozens of military officials appointed during Maliki's eight-year rule and pledged to root out corruption.

On Monday Abadi's office announced he had retired 24 senior Interior Ministry officials and replaced them with new officers under a reform plan to make the security forces 'more effective in confronting terrorism.' Finance Minister Hoshiyar Zebari told Reuters last week there was a need for deep-rooted reform of the security forces to fight what he called corruption and mismanagement.

"The military has to be cleaned of all these numbers, figures of ghost soldiers and other mismanagement," he said.