‘Elections may put an end to Netanyahu’s career,’ says Levy 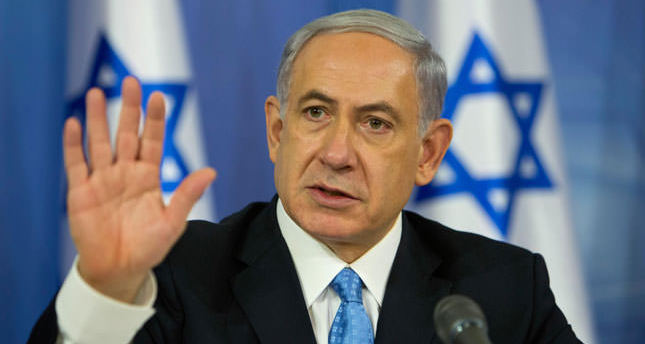 Israeli PM Netanyahu fired two ministers last week and dragged the country into early elections. However, the early elections may not be beneficial for his political career. On the contrary, he may have shot himself in the foot

Last week, Israeli Prime Minister Benjamin Netanyahu fired the finance and justice ministers, a move that triggered a chain of events in troubled Israeli politics, and paved the way for early elections. Israelis will head to the polls on March 17 and vote to choose their next government.

Gideon Levy, a columnist at the prominent Israeli newspaper Haaretz, and a member of the newspaper's editorial board, says that Israelis are not very enthusiastic about the early elections. "First of all, there was no reason for early elections. Nobody wanted the elections. However, once it is decided, it is decided. Most Israelis do not understand what it is for or why these elections are being held." said Levy, in an interview with Daily Sabah.

He said that consensus among Israelis is against Netanyahu. The popularity of the hard-liner prime minister has definitely decreased over the years, and people do not want him in power for a fourth term. However, it is still not clear who in the political system is a viable alternative.

"It might end his career. Many people think that it will end his career because nobody really supports him personally. He is quite lonely. The question is, are there alternatives? It will be one of two choices. It might be someone more hard-line than him, or it might be labor, the central left. On the one hand the right wingers are still the strongest sector in society, and the right wing parties are also the strongest. But I cannot exclude the possibility for change, because there are contradictory signs. The coming months will be very critical from a domestic point of view.

"It is very fragile right now and very hard to tell. However, no party will come out of this election with a clear victory. So it is all about the coalition," said Levy. According to Levy, Israel's troubled foreign policy can become even more complicated if Netanyahu is elected again. Levy said that in terms of foreign policy of the country, the elections will play a critical role in shaping the future of the region, including Palestine.

"If Netanyahu continues in power, there will be no change in foreign policy. If a hardliner, someone even more extreme than him is elected, Israel will become an even more isolated place in the world. If the Labor party is elected, the atmosphere in the world will change. The negotiations with the Palestinian side may be renewed. The atmosphere will definitely change, but I do not know if even the Labor party is courageous enough to put an end to the peace process," Levy said.

In response to the question of how the elections will affect the relations between United States and Israel, Levy said "Elections do not mean anything to the Americans." "Until now, Americans showed that they support Israel automatically, no matter who the government is in Israel. If this continues, nothing will change, because Americans have done nothing until today to change the policies of Israel," he added.

Israel is familiar with early elections. Since 1996, only one government was able to serve a full term, which is four years. Led by Netanyahu, the current coalition government took office in early 2013.

However, Netanyahu was harshly criticized by his right-wing coalition partners over his hard-liner policies. "I will not tolerate any opposition in my government," said Netanyahu and stated that the division among the coalition made it impossible to lead the country and made early elections inevitable.