Netanyahu's popularity drops to 23% according to poll 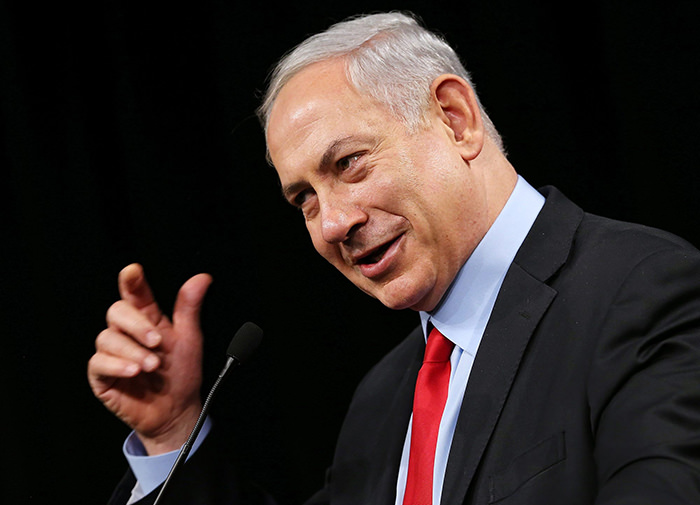 by AA Dec 10, 2014 12:00 am
The popularity rating of current Israeli Prime Minister Benjamin Netanyahu has dropped to 23 percent, a new poll has shown, revealing a sharp fall from 37 percent last week.

According to the survey findings released by Israeli Channel 10, 23 percent of respondents said they would like to see Netanyahu of Likud Party to remain as prime minister, while 22 percent said they prefer Labor Party leader Isaac Herzog.

If the polls were held today, the poll predicted, a possible alliance between Labor and Hatuna parties would win 22 seats in Israel's 120-seat parliament, compared to 20 for Netanyahu's Likud.

According to the poll findings, Jewish Home would win 15, a party led by ex-Likud lawmaker Moshe Kahlon would snatch 13 seats, Avigdor Lieberman's Yisrael Beiteinu would win 11 seats and Yesh Atid would get 10 seats.

The poll questioned 545 respondents and was conducted by Camil Fuchs from Tel Aviv University, the Israeli channel noted.

At a televised press conference, Netanyahu said he was risking snap elections "in order to improve governance."

Israel held its last general election in January of 2013. General elections must be held every four years in case there is no decision to hold snap elections.
Last Update: Dec 10, 2014 10:44 am
RELATED TOPICS