Barzani calls on all Iraqi Christians not to leave homeland 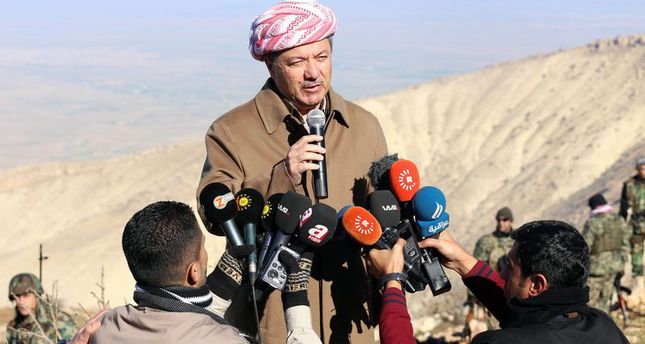 by AA Dec 24, 2014 12:00 am
In a statement released on Wednesday, President Massoud Barzani of the Iraqi Kurdish Regional Government called on all Iraqi Christians "not to leave Iraq", wishing them peace, happiness and well-being on the occasion of Christmas.

Barzani also asked all Christian victims of the self-proclaimed Islamic State of Iraq and al-Sham (ISIS)'s violence to show patience.

"The enemies of humanity, peace and coexistence do not want you to stay in this country," he said. "My dear brothers and sisters, please do not think of leaving this country. Your hope must be high. Staying in Iraq will break the goals of the terrorists."

Barzani said that Christians and other minorities are the most essential element of Iraq.

Christmas is celebrated by Christians on December 25 to commemorate the birth of Jesus Christ.

The fighting pitting the Iraqi army and Kurdish peshmerga forces against ISIS militants has been ongoing since mid-June, when the militant group took control of Mosul, the second largest city in the country.

The U.S. is leading an international coalition that has carried out numerous airstrikes against ISIS in Iraq and Syria.

According to the UN, an estimated 1.8 million citizens have been internally displaced throughout Iraq in 2014.