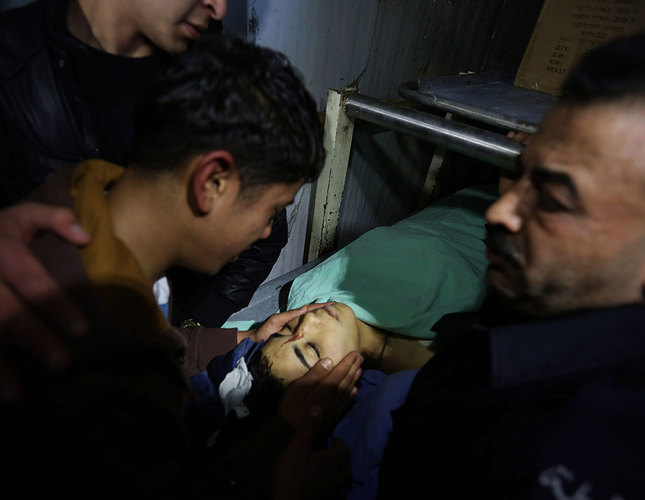 by Dec 29, 2014 12:00 am
Israeli troops shot dead a 17-year-old Palestinian boy in the occupied West Bank during a stone-throwing incident on Monday near the northern city of Nablus, sources on both sides said.

The teenager was identified as Imam Jamil Dweikat, 17, by the Palestinian Wafa news agency.

The army said soldiers had fired warning shots before opening fire on a group throwing stones at Israeli civilians.

Palestinian security officials said the stones had been thrown at military vehicles.

The teenager was killed near the Tapuah settlement, south of Nablus, and a 19-year-old was wounded in the same incident, they added.

Around 20 Palestinians have been killed by the army in the West Bank since June, according to an AFP tally.