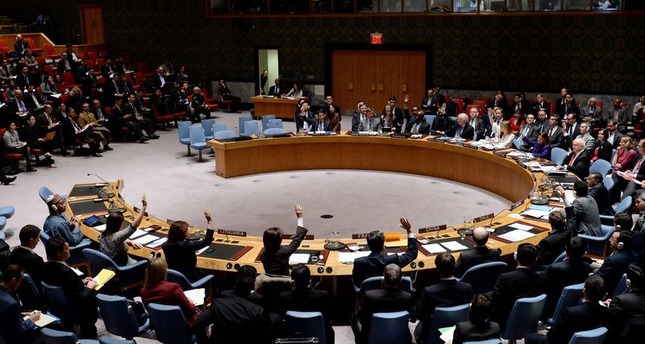 The United Nations Security Council failed to adopt a draft resolution on Palestinian statehood in a vote on Tuesday. The U.N.'s failure to adopt the Palestinian-drafted resolution indicates that the settlement of the Palestine-Israel conflict is deadlocked with no resolution to solve the ongoing conflict or bring peace to the Middle East.

China, France and Russia voted in favor of the Arab-backed resolution; however, nine "yes" votes were required for the adoption of the U.N. resolution in the 15-member council. The United States and Australia were against the resolution, while Britain abstained along with five other countries.

"We cannot share the objections of those who believe that the draft resolution undermined prospects for the negotiation process," Russia's envoy to the U.N. Vitaly Churkin said, stressing that the peace process in the Middle East has "reached a deadlock," while putting UN security council members under "Washington monopoly."

The U.N. move was hailed by Israel, which has long been against Palestine achieving statehood, which would include East Jerusalem as the capital. "The failure of the Palestinian vote in the Security Council should teach the Palestinians that provocations and attempts to force Israel into unilateral processes will not achieve anything -- quite the opposite," Israeli Foreign Minister Avigdor Lieberman said in a statement.

The United States also considered the move as an "unconstructive and poorly-timed resolution." "This resolution sets the stage for more division, not for compromise," U.S. Ambassador Samantha Power told the U.N. council, as reported by AFP news agency. "Peace will come from hard choices and compromises that must be made at the negotiating table," she added.

The Palestinian-drafted resolution, which was backed by Arabs, set a two-year deadline for an Israeli withdrawal from territory occupied since 1967. The Palestinian land has been under Israeli occupation since 1948. Israel refuses to consider Hamas as a legitimate government, even after its democratic, majority win in 2006.

In response to Israel's reluctant commitment to a two-state solution to solve the long-lasting Israeli-Palestinian conflict, many European countries have been giving considerable attention to the worsening situation of Palestinians, who continue to face hostility from Israel.

"The European Union will promote and support now more than ever, efforts to achieve a lasting peace based on this two-state vision together with international partners, including in the region," the EU foreign policy chief Federica Mogherini said.