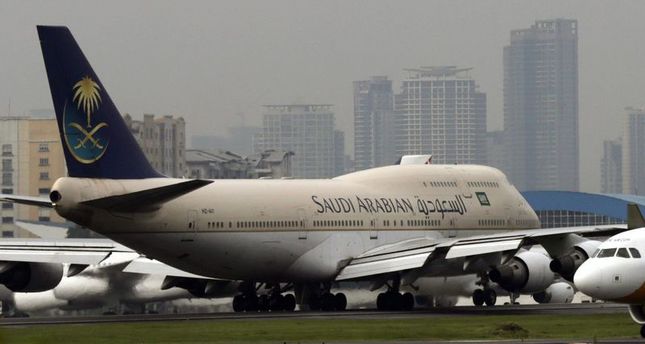 by Daily Sabah Jan 02, 2015 12:00 am
Saudi Arabia's national carrier Saudi is planning to introduce a new regulation which will require women and men to sit separately on all of its flights.

The new rule will be reportedly enforced by the kingdom of Saudi Arabia.

The airlines allegedly decided to take the step following recurrent complaints from male passengers who did not want their female family members sitting next to unrelated men, local media outlets reported.

According to the new enforcements, males and females will be separated aboard the airlines' flights unless they are closely related.