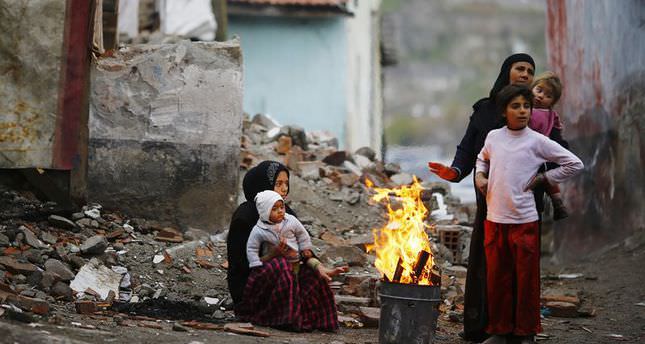 by Jan 07, 2015 12:00 am
Countries around the world must do more to help Syria's neighbours cope with the millions of people who have fled the civil war, the U.N. High Commissioner for Refugees Antonio Guterres said on Tuesday.

Over 3 million Syrians have arrived in Turkey, Lebanon, Jordan and Iraq during Syria's nearly four year war. Many now live in abject poverty as another winter bites.

Lebanon, which has the highest per capita concentration of refugees, enforced new immigration controls along its Syrian border on Monday to try to stem the flow of people.

Guterres said he was concerned about such policies but expressed sympathy for countries that are bearing the brunt of what he says is the worst refugee crisis since World War Two.

"We are concerned with these measures but I think these measures should make the international community enhance in a very meaningful way support to host countries including Lebanon in order to help them cope with these enormous challenges," Guterres told a news conference in the Turkish capital Ankara.

Stringent caps on refugee numbers in many countries outside the region meant refugees were forced to rely on people smugglers to reach Europe and beyond, he said.

Nearly 350,000 people worldwide risked illicit sea journeys last year, almost half from countries such as Syria and Eritrea which have outflows of refugees, the U.N. agency said.

Turkey, which has around 2 million refugees, has stated that many European countires lack commitment to the refugee crisis, with only a handful of them accepting escapees from the fighting. The Syrian Civil War killed nearly 200,000 people and left Syria in ruins.