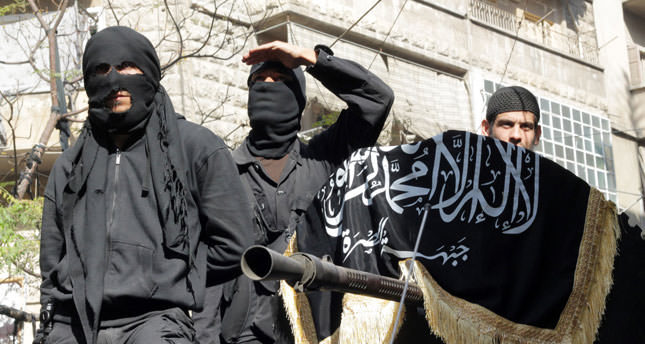 The Nusra Front, who are directly affiliated with al-Qaida, have blown up the tomb of Imam Nawawi, a well-respected Sunni cleric. The attack is nothing new, with Salafi militants attacking Sunni heritage sites a number of times previously

In Nawa, in Syria's Daraa province on Wednesday, Nusra militants blew up the 13th-century tomb of revered Islamic scholar Imam Nawawi, who was known for his studies on hadith, the traditions of the Prophet Muhammad. The British-based Syrian Observatory for Human Rights Group and the state media agency, SANA reported the incident. The Syrian government's Islamic Endowments Ministry, which has lost control of much of the Daraa province, condemned the act as an attack on the "country's history and heritage." Reports say the militants carried out the demolition by dynamiting the historical tomb. However, the religious authority of Nawa, appointed by Nusra Front, issued a statement denying the claims and saying that the group was not responsible for the demolishment.

Abu Zakaria Mohiuddin Yahya Ibn Sharaf al-Nawawi, popularly known as Imam Nawawi, who was born in 1234 and died in 1277, was recognized as a Sunni hadith authority across the Muslim world. He was remembered for his simplistic approach to religious issues, clarifying them for ordinary people, and stressing the niceness of manners.

Although the cleric was respected among Sunnis and did not promote an esoteric understanding of Islam, his tomb has become the target of the al-Qaida affiliated militants, who have adopted the Salafi understanding of Islam that aims to impose a strict version of religious jurisprudence. In media outlets, it was claimed that the militants targeted the tombs of Shiite Muslims, but the last attack showed they have no respect for Sunnis either.

According to Salafi thought, the tombs are regarded as tantamount to idolatry and its followers claim that Islam must be purified from the ideas of the clerics and tradition. In the areas where the Salafis dominate societies, people are forced to abandon their traditional Islamic understanding, and fall in line with Salafi clerics' Islamic thought. Salafis are known for the "takfir" issue, which means declaring a Muslim an infidel due to his/her approach to Islam.

For instance, the Sufi Muslims who promote peaceful ways of solving problems are regarded as infidels and apostates, as those Muslims admit the superiority of clerics and believe that the death of Muslim saints can help them in the eternal world. Another issue frequently raised by the Salafis, is the clothing of women. Although Muslim people across the world have adopted several veiling styles in accordance with their tradition, Salafis claim that the niqab, which covers the whole body of a woman including her face, is the only correct way of veiling. They also force men to have long beards, as if it were an essential issue of faith in Islam. Salafis also oppose any other source except the Quran and hadith, while many Muslim scholars admit that reason must come into effect when the primary sources remain silent on some issues.

Salafis strictly oppose traditional Islam and aim to destroy its heritage. The attack on the tomb demonstrates that the militants threaten not only non-Muslim, Christian groups and other minorities but also Sunni Muslims who refuse to adopt their religious understanding in their daily lives.

The attack is not a new phenomenon, as the militants in Syria and Iraq have destroyed several other tombs, including the tomb of Prophet Jonah last summer in Mosul after the Islamic State of Iraq and al-Sham (ISIS) seized the city. In a report released by the U.N. last December, the U.N. said 290 sites have been directly affected by fighting, of which 24 had been destroyed, 104 severely damaged, 85 moderately damaged and 77 possibly damaged. From prehistoric settlements and ancient markets to world-famous mosques and Crusader castles, countless treasures of incalculable value have been affected.

"As the people of Syria continue to endure incalculable human suffering and loss, their country's rich tapestry of cultural heritage is being ripped to shreds. World Heritage Sites have suffered considerable and sometimes irreversible damage. Four of them are being used for military purposes or have been transformed into battlefields: Palmyra; the Crac des Chevaliers; the Saint Simeon Church in the Ancient Villages of Northern Syria; and Aleppo, including the Aleppo Citadel. Archaeological sites are being systematically looted and the illicit trafficking of cultural objects has reached unprecedented levels," the report said. In the city of Raqqa, which is the de-facto headquarters of ISIS, the Sufi Muslim Uwais al-Qarni Mosque and a shrine to Ammar ibn Yasir, believed to be one of Prophet Muhammad's companions, have also been destroyed, the U.N. said, in its report.