Two Italian aid workers held in Syria have been released 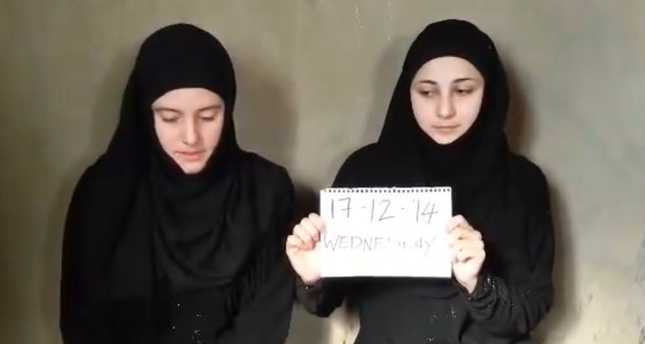 by Associated Press Jan 15, 2015 12:00 am
Two Italian aid workers have been freed in Syria and will return home soon, Italian officials announced Thursday.

The premier's office announced the release of 21-year-old Greta Ramelli and 20-year-old Vanessa Marzullo on Twitter, adding that "they will return soon to Italy." The Foreign Ministry confirmed the news, but was unable immediately to provide details of their release.

The women, from the northern Lombardy region, disappeared in the northern Syrian province of Aleppo in late July or early August. It wasn't clear at the time who had taken them.

The two aid workers appeared in a video released earlier this month, asking the Italian government to help bring them home, with Ramelli saying they could be killed. Marzullo held a piece of paper with the date December 17, 2014, written on it.

Another Italian, the Rev. Paolo Dall'Oglio, a Jesuit priest who had lived for decades in Syria, has been missing in Syria since July 2013 after traveling to meet militants who now rule the eastern city of Raqqa.

Kidnappings in opposition-held territory have become common, particularly since mid-2013 when militant groups began to gain greater influence among rebels in Syria.

The Islamic State of Iraq and al-Sham (ISIS) extremist group and the al-Qaida-affiliated Nusra Front are believed to be responsible for most of the kidnappings, but criminal gangs and government-backed militias also have been involved, with various motives. The kidnappings have included local and international journalists as well as aid workers.

Some of those who have spent lengthy time in captivity have later been released, including at least four French and two Spanish journalists as well as one American who were freed last year.