Israel failed to differentiate between military targets and civilian populations 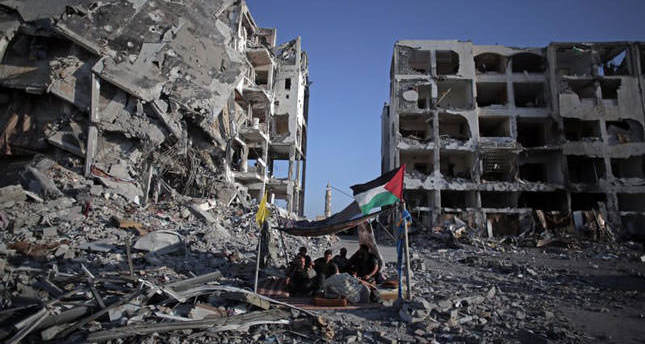 by Jan 21, 2015 12:00 am
Israeli assault during last summer in the Gaza Strip increased the number of civilian casualties, an independent report has said, by failing to differentiate between military targets and civilian populations.

The military did not give sufficient warning for civilians to evacuate residential areas before striking them, according to the report partly commissioned by Physicians for Human Rights and carried out by eight independent medical experts.

The report also cited potential violations of humanitarian law and indiscriminate strikes that led to the deaths of medical workers, and called for a full inquiry into the 50-day conflict.

The Israeli assault against Gaza killed nearly 2,200 Palestinians, mostly civilians, and has caused growing instability in the city, where 100,000 people whose homes were destroyed or damaged remain displaced.

Another 73 died on the Israeli side, mostly soldiers,

"Attacks were characterised by heavy and unpredictable bombardments of civilian neighbourhoods in a manner that failed to discriminate between legitimate targets and protected populations," said the report, which was published Tuesday.

"In numerous cases, double or multiple consecutive strikes on a single location led to multiple civilian casualties and to injuries and deaths among rescuers."

The 237-page report was based on visits during and after the war, using interviews with 68 people wounded during the fighting, autopsies on 370 people killed and the review of dozens of medical files.

The Israeli army accused the report as "based on one-sided and incorrect data assumed from biased sources," saying its "credibility should be questioned."

"The IDF (Israel Defence Forces), in accordance to international law, went to extensive and unprecedented lengths in order to minimise civilian collateral damage," a statement said.

"Many of the practices of the IDF have far exceeded its obligations under international law."

The report said Israel's "early warning" procedures -- including phone calls, text messages and dropping preliminary non-explosive missiles on buildings before striking them -- were inconsistent and often did not provide enough time for evacuation.

Palestinian NGO Al-Mezan has said the ineffective use of preliminary warning strikes could constitute a war crime.

The Palestinians are attempting to sue Israeli officials over alleged war through the International Criminal Court, having formally joined the body earlier this month.

The report added that in Khuzaa, in southern Gaza, the "reported conduct of specific troops in the area is indicative of additional serious violations of international human rights and humanitarian law."