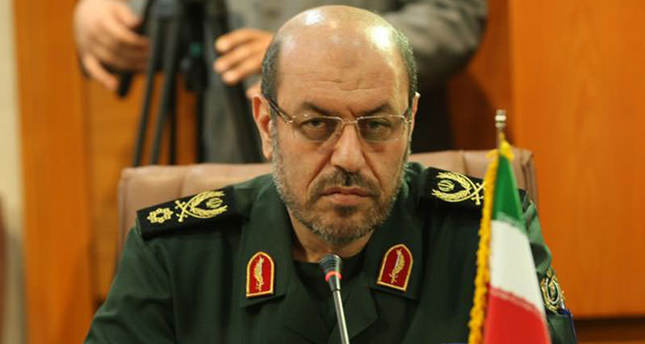 by Anadolu Agency Jan 25, 2015 12:00 am
A top Iranian revolutionary commander has vowed revenge for the killing of an Iranian general in Syria, allegedly by Israel.

Lieutenant Commander of the Islamic Revolution Guards Corps, or IRGC, Brigadier General Hossein Salami openly called on Saturday for a "special revenge" in response to a suspected Israeli attack that killed Mohammed Ali Allahdadi as well as Hezbollah members in Syria last Sunday.

"We will surely take revenge for the attack with a specific move," said Salami on Saturday as he was quoted as saying by the semi-official Fars news agency, considered close to the Revolutionary Guard.