Kurds close to full control of Kobani in Syria: Monitor 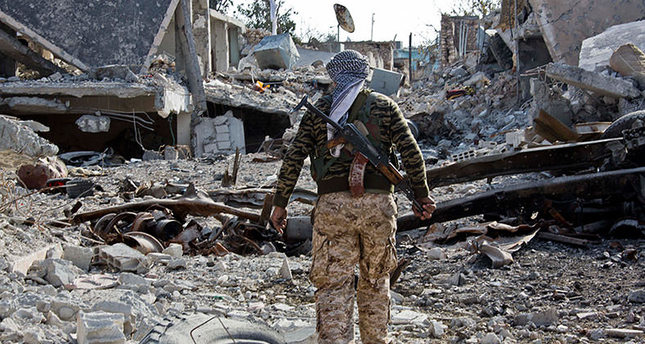 by Jan 26, 2015 12:00 am
Syrian Kurdish forces, backed by U.S.-led air strikes, are close to regaining full control of the town of Kobani from ISIS fighters, the Syrian Observatory for Human Rights monitoring group said on Monday.

The town, also known as Ayn al-Arab, has become a symbol in the battle against the Islamic State of Iraq and al-Sham (ISIS) insurgents who have captured large expanses of Iraq and Syria. ISIS launched a campaign to capture the town in July.