Hezbollah and Israel attack each other 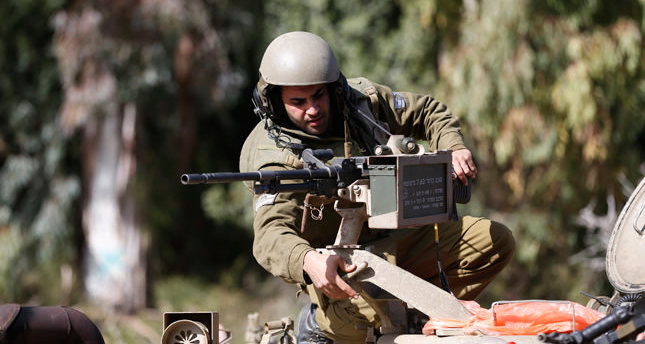 Attacks carried out by Israel on Hezbollah were reciprocated by the Shiite group. The clashes raise fears of whether the region may face a new war

Last week Israel carried out an attack on a Hezbollah convoy killing at least six militants along with an Iranian general who was working for Hezbollah against the opposition groups in Syria. Hezbollah vowed to respond harshly and take their revenge. Iran also condemned and threatened Israel. The move for revenge by Hezbollah came yesterday. A missile fired by the Lebanese Hezbollah group struck an Israeli military convoy on Wednesday. Israel, which reported unspecified casualties on the Israeli side, responded by firing at least 50 artillery shells into Lebanon in a significant escalation along the volatile border. The United Nations said a U.N. peacekeeper was killed in southern Lebanon, in an incident likely related to the border flare-up.

Lt. Col. Peter Lerner, an Israeli military spokesman, said there were Israeli casualties in the attack, but did not elaborate. The military said it was responding with aerial and ground strikes on Hezbollah positions. Prime Minister Benjamin Netanyahu said Israel would respond "forcefully." In a statement, Hezbollah said its fighters destroyed a number of Israeli vehicles that were carrying Israeli officers and soldiers and caused casualties among "enemy ranks." It said the attack was carried out by a group calling itself the "heroic martyrs of Quneitra," suggesting it was in retaliation for an Israeli airstrike on the Golan Heights on Jan. 18 that killed six Hezbollah fighters and an Iranian general. The Israeli military said an anti-tank missile hit an Israeli military vehicle near the Israeli-Lebanese border on Wednesday, and said residents of the area had been ordered to remain in their homes. An hour later, mortars were fired at several Israeli military locations on Mount Dov and Mount Hermon, the Israeli military said. No injuries were reported in that attack. The military said it responded with fire toward Lebanese positions, and evacuated Israeli visitors from a ski resort in the area.

The Shiite Hezbollah that fights in Syria for the regime attacked and went into a war with Israel in 2006 that caused thousands of civilian casualties. The latest salvos raised the possibility of renewed fighting along the Lebanese-Israel border, which has remained mostly quiet since a monthlong war in the summer of 2006. Since then, Israel has responded with airstrikes and artillery fire following a number of rocket attacks and shootings but the violence remained contained.

Wednesday's attack took place near Mount Dov and Shebaa Farms, a disputed tract of land where the borders of Israel, Lebanon and Syria meet. Hanna Bikel, a spokeswoman for Ziv Hospital in Safed, said four to six people with light wounds from the strike were on their way to the hospital. She declined to say whether they were soldiers or civilians. Two Lebanese officials said the Israeli shelling targeted the border villages of Majidiyeh, Abbasiyeh and Kfar Chouba near the Shebaa Farms area. U.N. spokesman Andrea Tenenti said a peacekeeper was killed in circumstances the U.N. was still investigating. One of the Lebanese officials said the incident is believed to be a "sophisticated Hezbollah operation" targeting Israeli vehicles along the border. Families living on the border of the villages fled further within, fearing they'd be hit, said the officials, who are based in south Lebanon. Celebratory gunfire echoed in Shiite-dominated areas of Beirut, while in some areas, nervous parents hurried to pick up their children from school and hunker home.

Netanyahu, speaking at an event in southern Israel, warned that Israel's enemies would face a fate similar to Hamas, the rulers of the Gaza Strip who fought a brutal 50-day war against Israel last summer. "To anyone who is trying to challenge us on the northern border I suggest looking at what happened here, not far from the city of Sderot, in the Gaza Strip. Hamas was dealt its heaviest blow ever since its founding and the Israel Defense Forces is prepared to act forcefully in all areas," he said.