Tension escalates between Israel and Hezbollah 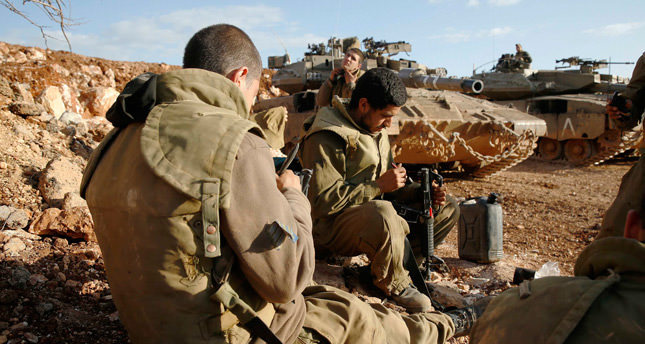 Israel and Hezbollah, who have launched attacks on each other, vow to get revenge while the U.N. and the international community is concerned about the start of a new war in already war-torn region

Last week Israel carried out an attack on a Hezbollah convoy killing at least six militants along with an Iranian general who was working for Hezbollah against the opposition groups in Syria. Hezbollah vowed to respond harshly and take their revenge. Iran also condemned and threatened Israel. The move for revenge by Hezbollah came on Tuesday. A missile fired by the Lebanese Hezbollah group struck an Israeli military convoy on Wednesday. Israel, which reported unspecified casualties on the Israeli side, responded by firing at least 50 artillery shells into Lebanon in a significant escalation along the volatile border. The United Nations said a U.N. peacekeeper was killed in southern Lebanon, in an incident likely related to the border flare-up.

Israeli Prime Minister Benjamin Netanyahu warned Lebanon's Hezbollah it will pay the "full price" after missiles killed two Israeli soldiers in an attack that raised fears of another all-out war. "Those behind today's attack will pay the full price," Netanyahu's office quoted him as saying at a meeting with Israeli's top security brass Wednesday evening. The two soldiers were killed when Hezbollah fired an anti-tank missile at a military convoy in an Israeli-occupied border area, the army said. Seven other soldiers were wounded, but none were reported to have suffered life-threatening injuries.

The U.N. Security Council called an emergency meeting to discuss ways to defuse tensions between the two sides that fought a month-long war in 2006. The United States stood by Israel after the exchange of fire and condemned Hezbollah's shelling of an Israeli military convoy, which apparently came in retaliation for a recent Israeli strike on the Golan Heights that killed senior Hezbollah members. "We support Israel's legitimate right to self-defense and continue to urge all parties to respect the blue line between Israel and Lebanon," State Department spokeswoman Jen Psaki told reporters. EU Foreign Affairs Chief Federica Mogherini appealed for an "immediate cessation of hostilities."

A 36-year-old Spanish corporal from the U.N. peacekeeping force in southern Lebanon was killed in the exchange of fire, officials and Spain said. Spanish government blamed Israel for the death. "It is clear that this was because of the escalation of the violence and it came from the Israeli side," Spanish Ambassador to the U.N. Roman Oyarzun told reporters.

Hezbollah said it had targeted an Israeli military convoy "transporting several Zionist soldiers and officers." "There were several casualties in the enemy's ranks," Hezbollah said.

Israel said mortar fire was also aimed across the border at several military facilities. There were no casualties. Hardline Foreign Minister Avigdor Lieberman said Israel should respond to the attack "in a very harsh and disproportionate manner, as China or the US would respond to similar incidents." Army spokesman Brigadier General Moti Almoz warned Israel was considering further action. "This is not necessarily the last response," he wrote on Twitter.

Hezbollah's attack was hailed by the Palestinian groups Hamas and Islamic Jihad. "We affirm Hezbollah's right to respond to the Israeli occupation," Hamas spokesman Sami Abu Zuhri said, while Jihad's Quds Brigade praised the attack as "heroic." Israeli security sources said at least one house had been hit in the divided village of Ghajar, which straddles the border between Israel and Lebanon. "Three houses were hit by rockets," said Hussein, 31, relaying what he had heard by telephone from relatives in the village of 2,000 inhabitants. He said a number of villagers had been wounded but did not know how badly.