Netanyahu begins controversial visit to US 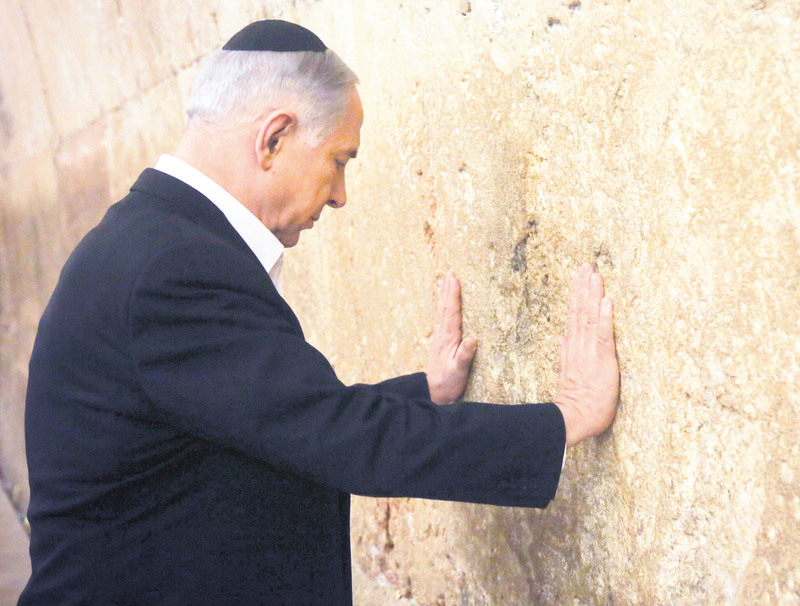 Israeli Prime Minister Benjamin Netanyahu began his controversial visit to the U.S. yesterday to express his rejection of a potential deal between world powers and Iran on the latter's nuclear program

Israeli Prime Minister Benjamin Netanyahu has arrived in the U.S. to give a speech on the U.S. talks with Iran regarding the nuclear issue. Despite the harsh criticism from White House and U.S. President Barack Obama's rejection to meet Netanyahu, the Israeli prime minister accepted the invitation, made by the Congress.

Not only the U.S. government but also the Israeli opposition have criticized his visit. Leaders of the centrist Zionist Union, a coalition of Israel's Labor and Hatnuah parties, which are competing against Netanyahu's Likud in the upcoming elections, reiterated their rejection of the PM's visit. They said this visit would harm Israel's relations with the United States. During a speech in Israel's central city of Modi'in, former Justice Minister and Hatnuah leader Tzipi Livni underlined what she described as the "significant" role played by the U.S. in dealing with Tehran's nuclear program. "We must ensure the support of the Americans and maintain good bonds with them," Livni said, adding that these good relations would open the door for the exchange of intelligence between Israel and the U.S. "Netanyahu prefers to meddle in domestic American politics and sow sedition and disagreement," she told Israel Public Radio. Isaac Herzog of the Labor party, meanwhile, said Netanyahu's duties were not limited to giving speeches and receiving applause. He said the Prime Minister ought to open the door for cooperation and confidence with Israel's partners across the world.

Netanyahu took his campaign against a nuclear deal with Iran to Jerusalem's sacred Western Wall on Saturday, on the eve of his departure to Washington to address Congress on the issue. His rare pilgrimage to one of Judaism's holiest sites was highly symbolic and political an apparent attempt by Netanyahu, two weeks before a national election, to portray a U.S. visit, that has brought relations with Washington to a new low, as crucial to Israel's survival. Using the perimeter wall of the destroyed Biblical Jewish temple as a backdrop and wearing a black skullcap, he said: "The agreement being formed between Iran and the powers, can endanger our existence. "In the face of such an agreement we must unite and explain the dangers it poses to Israel, to the region and to the entire world," he said.

The relations between Israel and the U.S. are in an unprecedented era as it has become visible that the two countries are disappointed with each other's some policies. The rising tensions between the two historically allies' leaders, which have surfaced recently, has resulted from a serious of diplomatic confrontations which has contributed to the souring of the relations. In addition, it is no secret that Netanyahu and Obama have not been the closest friends, as one would expect from the leaders of the states that are such strong allies.
Last Update: Mar 02, 2015 10:12 am
RELATED TOPICS