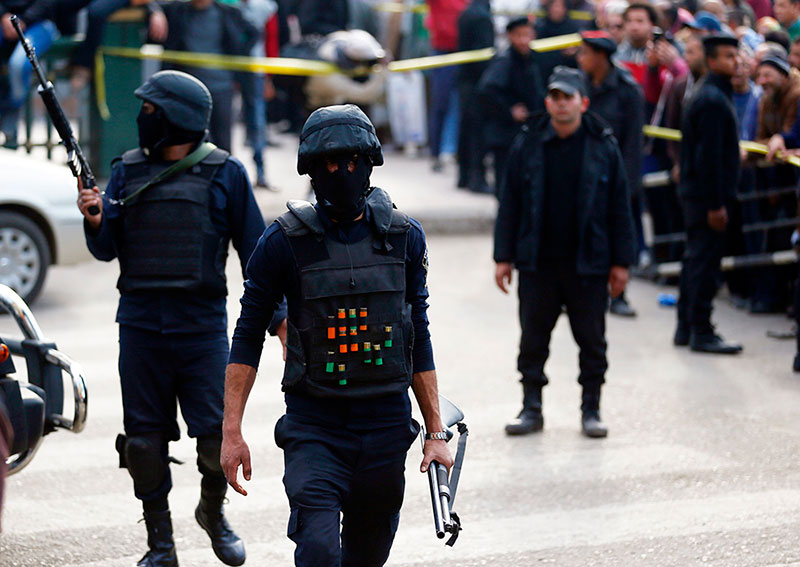 by Anadolu Agency Mar 02, 2015 12:00 am
An explosive charge went off on Monday outside a court complex in downtown Cairo - for which a shadowy group has claimed responsibility - amid conflicting reports of casualties.

A group calling itself "The Revolutionary Punishment" said on Twitter that its members had planted an explosive charge that targeted a police patrol outside central Cairo's High Court of Justice.

According to the group, the bombing left at least four policemen wounded, including some that sustained critical injuries.

Earlier in the day, a security source told The Anadolu Agency that at least one person had been killed and three others injured.

Health Ministry spokesman Hossam Abdel-Ghaffar, however, told AA that nearly nine people had been injured but didn't mention any fatalities.

Bombings have become a common occurrence in Egypt since Mohamed Morsi - Egypt's first democratically elected president - was ousted by the army in mid-2013.

The government accuses Morsi's Muslim Brotherhood group of carrying out the attacks.

The Brotherhood, for its part, denies the allegations, saying it is committed to purely peaceful activism.