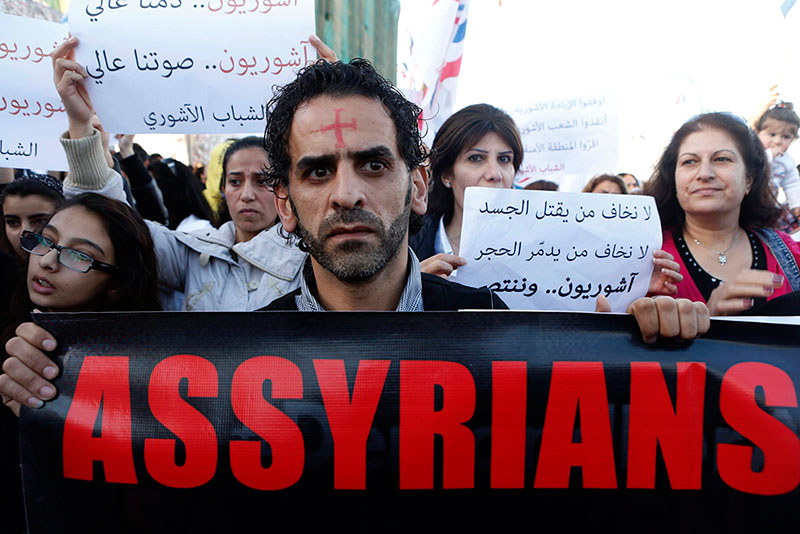 The self-proclaimed Islamic State of Iraq and al-Sham (ISIS) militants freed 19 of the 220 Assyrian Christians they took hostage in Syria last week on Sunday, after a ransom was paid for their release, activists said.

"Nineteen Assyrian hostages arrived on Sunday at the Church of Our Lady in Hasakeh after they were released by ISIS," said Osama Edward, the director of the Assyrian Network for Human Rights.

"They arrived on two buses from Shaddadeh," the ISIS stronghold in the northeastern province of Hasakeh where they had been detained, he told AFP.

Edward said an ISIS religious court decided on Saturday to release the Christians in exchange for a sum of money for each family that ISIS considers as jizya, or tax, paid by non-Muslims.

He was unable to say how much was paid but recalled that in November ISIS released Assyrians after receiving payments of $1,700 per person.

The activist said negotiations for the release of all hostages began on Saturday between Assyrian officials and Arab Muslim tribal chiefs.

Almost 5,000 people have since fled to Kurdish- and government-controlled areas.

Before Syria's civil war erupted in 2011, there were 30,000 Assyrians in the country, among an estimated Christian population of about 1.2 million.

The Assyrians, from one of the world's oldest Christian communities, have faced an increasing threat since ISIS captured large parts of Syria.

UN peace envoy Staffan de Mistura paid a surprise visit on Sunday to a church near the Syrian capital in a show of solidarity with the war-torn country's Christian minority targeted by ISIS militants.