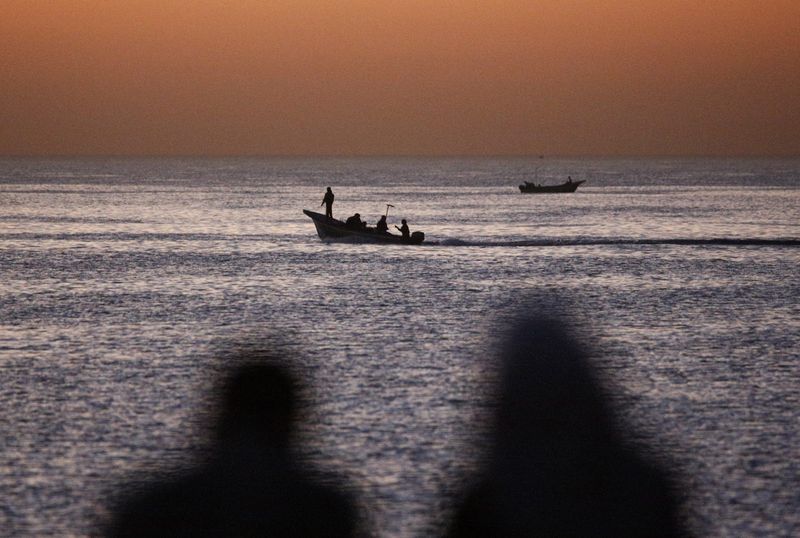 by Anadolu Agency Mar 07, 2015 12:00 am
The Israeli army on Saturday reduced fishing space off the coast of the Gaza Strip to four nautical miles from the six miles agreed on as part of last summer's cease-fire agreement, Gaza's fishermen's union has said.

"The Israeli side asked Palestinian fishermen on Saturday not to exceed four nautical miles in plying their trade," union head Nizar Ayyash told The Anadolu Agency.

He noted that the move constituted a major violation of a cease-fire deal signed in August of 2014 between Palestinian factions and Israel.

Two other fishermen were also detained, according Ayyash.

Israeli authorities have yet to issue an official statement regarding the reduction of Gaza's fishing space.

Palestinian faction Hamas described the killing of the fisherman as yet a "new Israeli violation of the cease-fire agreement."

The Israeli navy routinely opens fire on Palestinian fishing boats under the pretext that they fish in unauthorized waters.

A cease-fire reached in August between Israel and Palestinian factions ended 51 days of relentless Israeli attacks on the Gaza Strip, which killed over 2,160 Palestinians, mostly civilians.