France predicts up to 10,000 Europeans will join ISIS 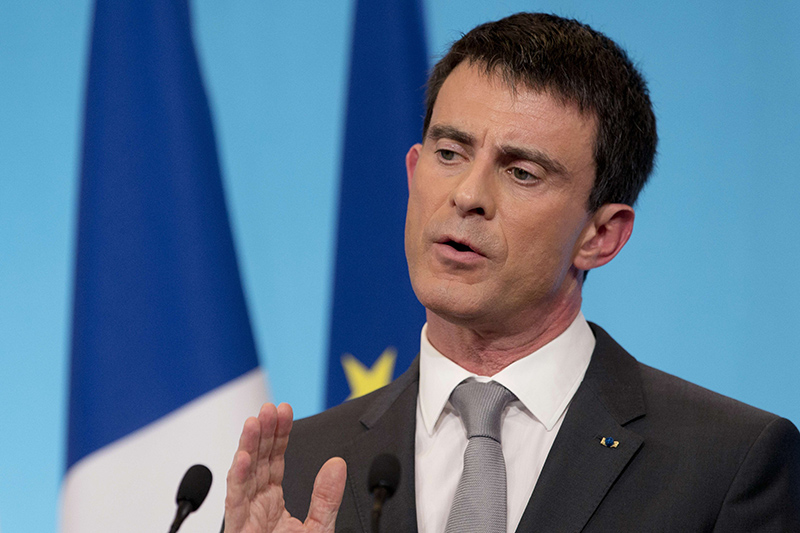 Up to 10,000 European home-grown militants could travel to Iraq and Syria by the end of this year, French Prime Minister envisages, as the threat posed by returning militants alarms European countries

Amid increasing counter-terrorism measures in Europe, as many as 10,000 Europeans will travel to the Middle East to wage war against the West, the French Prime Minister said yesterday. His concern comes as Europe struggles with the increasing number of home-grown Islamic State of Iraq and al-Sham (ISIS) militants, as well having to prevent any potential terrorist attacks.

"There are 3,000 Europeans in Iraq and Syria today. When project for the months to come, there could be 5,000 before the summer and 10,000 before the end of the year," French Prime Minister Manuel Valls told French television channel iTele. He also expressed serious concern over the threat posed by European militants.

France, after Belgium, has witnessed the largest number of youths leaving to join ISIS militants. "There have already been nearly 90 French people who have died out there with a weapon in their hand, fighting against our own values," Valls said.

As part of the counter-terrorism operation, France has seized six French passports and banned more than 40 people linked to ISIS in Syria and Iraq from traveling abroad. In France, youths have become more interested in ISIS-linked recruitment. It is estimated that 45 percent of the French people calling the hotline to join ISIS were young women.

Ever since the rise of ISIS, European countries have been suffering from becoming ISIS-recruiting hubs. There are currently around 2,500 to 5,000 documented home-grown European militants. This number is expected to steadily increase while triggering more concerns over the radicalization and recruitment of many young Europeans through ISIS-linked organizations. Europe's police organization Europol underscored that roughly 5,000 radicalized European fighters in Syria will continue to pose a greater risk to European countries as they become more hostile to the West.

The large number of home-grown terrorists is an indication that European countries have to take significant security measures to stop the flow of militants who are looking to return to their homelands, or who want to travel abroad to fight alongside ISIS militants.

European counter-terrorism measures have been reassessed by authorities, as more European countries strictly oppose opening borders, and the liberal tolerance championed by the EU itself. However, security measures that have been taken so far are insufficient to control the flow of militants who travel abroad to fight alongside ISIS militants or who want to return home. The security checks at European international airports and European border controls cannot control the flow of European youth.

Britain, while not being able to keep track of home-grown militants traveling for Iraq and Syria, is now facing a serious threat from the increasing number of militants returning home. It is estimated that around 500 Britons have left, while 250 of them have returned home, according to a leaked draft of the Home Office interior ministry's new counter-extremism strategy. According to the Sunday Telegraph newspaper, around 320 home-grown militants have come back to Britain.

Amid mounting fears in Europe over young people traveling to Syria to join ISIS, the German military has expressed concern over its citizens, often with immigrant backgrounds, joining ISIS and the risk of returning fighters posing a security threat at home. The head of Germany's military intelligence warned that home-grown militants could use German armed forces as military camps to obtain weapons and training.

"If a moderately intelligent [militant] turns up who conceals the motives for his interest, it would be difficult to prevent him from being recruited," Christof Gramm, the head of the German intelligence service known by its acronym MAD, told the German daily Die Welt in an interview, according to Reuters.

Due to insufficient European border controls and security checks, Turkey is struggling to deal with the heavy flow of European militants who manage to escape from European security control. Turkey has already deported dozens of foreign fighters before they could cross the border. Ten-thousand people from 91 countries have also been banned from entering Turkey, and 1,085 people from 74 countries were deported for similar reasons so far. Turkish former Interior Minister, Efkan Ala, who recently resigned under the electoral law, previously said that 10,000 people from 91 countries have been banned from entering Turkey on the grounds of having links to ISIS, adding that 1,085 people from 74 countries were deported for similar reasons. The government also slammed its allies for failing to cooperate on intelligence sharing to prevent those planning to join ISIS from traveling.

Recently, as part of Turkish authorities' efforts to provide security, Turkey sent a married Belgian couple who were detained in the Karkamış district in Turkey's southern Gaziantep province, back to Belgium. The man is still remanded in custody in Turkey. "There is an investigation ongoing in Turkey involving her partner, who after all went to Syria and took part, it seems, in a number of training exercises, including in the use of weapons," Belgian Foreign Minister Didier Reynders was quoted as saying by public broadcaster RTBF, according to AFP. "So, it's normal to look into what his role was. And we will then see if any investigation needs to be carried out in Belgium as well," he added.