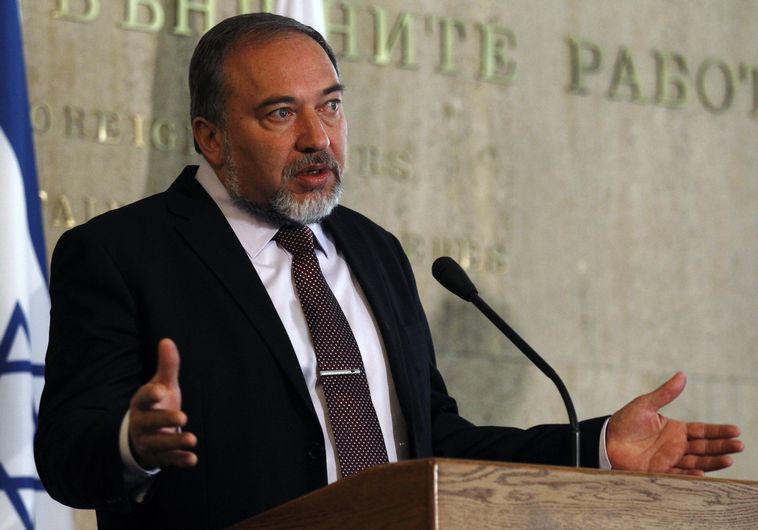 by Daily Sabah with AFP Mar 11, 2015 12:00 am
Why hasn't the New York Times and other news giants covered the story of Israel's foreign minister calling for the beheading of Arab citizens? Main stream media seems to be missing some major articles when it comes to Israel and Palestine.

Israel's outspoken Foreign Minister Avigdor Lieberman on Tuesday brushed off Palestinian threats to haul him before an international court for proposing to behead Arab citizens disloyal to the state.

"I saw that the Palestinian Authority will go to the International Criminal Court in Haag over my remarks that we must act forcefully against our enemies and those who act against the State of Israel," he wrote on Facebook.

The ICC is based in The Hague in the Netherlands.

"They will get an answer to that from me as defence minister," he said, reflecting his aspirations for the powerful post after the March 17 general election.

Lieberman attended an elections panel at a college on Sunday, with media reports quoting him as saying of Israeli Arabs that "those who are with us should get everything".

However "those who are against us... one must take an axe and chop their heads off, otherwise we won't survive here".

Lieberman has for years called for the revocation of citizenship of Arab citizens not sufficiently "loyal" to Israel and its symbols.

During the current election campaign he also said that imposing the death penalty for "terrorists" would be a prerequisite to his joining a coalition.

The Palestinian Authority in a statement denounced his "barbarism" and demanded his arrest and prosecution before the ICC.

The Palestinians will be eligible to file complaints to the ICC from April 1.

Lieberman also denounced on Tuesday remarks by a spokesman of the Arab Joint List, in which he compared the Islamic State group and the Zionist movement.

"Where did IS learn these crimes? Look what the Zionist movement did in 1948. Rapes, pillaging, murders, massacres, committed here in these parts as well," Raja Zaatry said at an elections discussion at a university in central Israel.

Lieberman said he would act to revoke Zaatry's citizenship "after the elections".

Polls predict Lieberman's Yisrael Beitenu will win no more than five seats in the 120-member parliament, which would make it difficult for him to receive a significant ministerial position, were he to join a coalition.