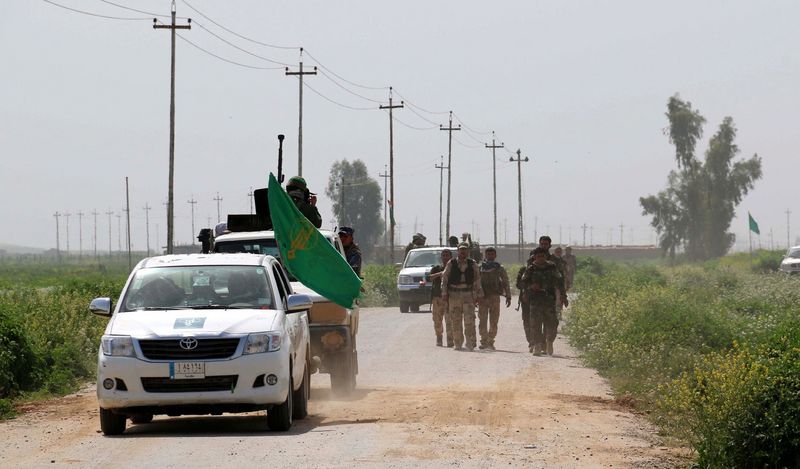 by Anadolu Agency Mar 15, 2015 12:00 am
Iraqi Kurdish Peshmerga forces and Shiite militias have discovered a mass grave with 16 Turkmen bodies south of Kirkuk, northern Iraq, during an operation to retake control of Al-Bashir from ISIS militants.

According to information from security forces in the region, mines on the roads have slowed down the progress of the operation, which was launched three days ago.

Yilmaz Najjar, head of the Badr Brigades, said that they are working to open a new path as the roads are full of mines.

"A mass grave was found with 16 bodies. The bodies were identified by security forces who found their identity cards. They are Turkmens," Najjar said.

Najjar added that the "operation team is waiting for support... When it comes we will launch a major offensive operation and take control of Bashir in the next 24 hours."

Peshmerga forces launched an operation on March 12 to liberate the Turkmen village of Al-Bashir. Both militiamen and Peshmerga forces are fighting together against ISIS militants.

Clashes between Iraqi forces and ISIS have been ongoing since June 2014 when the armed group seized Mosul and other territories in Iraq.