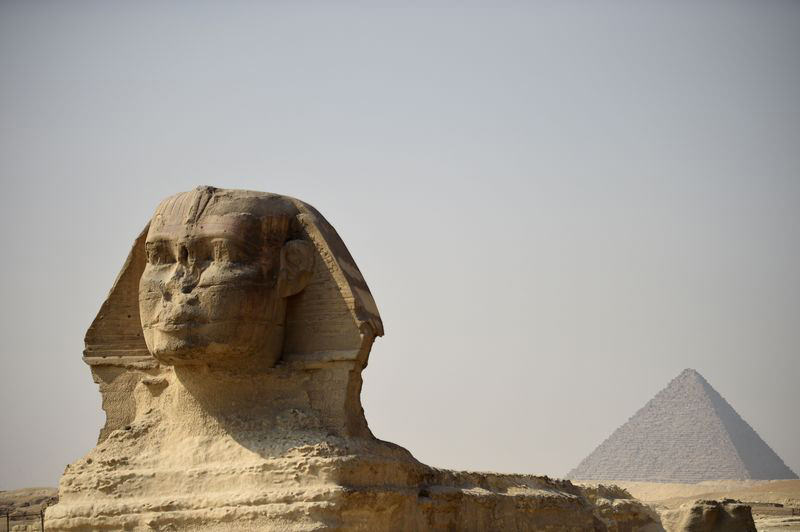 | Photo: AFP
by Daily Sabah with Reuters Mar 17, 2015 12:00 am
Egypt is tightening rules for visas by requiring individual visitors to obtain them at embassies instead of on arrival at Egyptian airports, the Foreign Ministry said on Tuesday. The move has been considered as a step that may make it harder to revive the tourism industry.

Visitors from the European Union, Russia, Japan, the United States and a number of other countries are currently able to receive a tourist visa on arrival at Egyptian airports; however, they will have to apply for a visa in advance from May 15 unless they do are travelling as part of a group.

Security sources said the decision arose from a need to give intelligence services more time to assess individuals who want to visit Egypt, where security has suffered from an Islamist insurgency centred in the Sinai region, Reuters reported.

They also said another reason for the change in visa rules was to put stronger controls on visits by Western human rights activists who have been highly critical of Egypt's tough crackdown on liberal activists.

Tourists travelling as a group will still be able to obtain visas at airports, but individuals have to get a prior visa from embassies, Foreign Ministry spokesman Badr Abdel-Aty said.

Tourism contributed 13 percent of Egyptian GDP before the 2011 revolution. But Egypt's economy has been hammered by a precipitious fall in tourists and a lack of foreign investement because of political instability in the country.