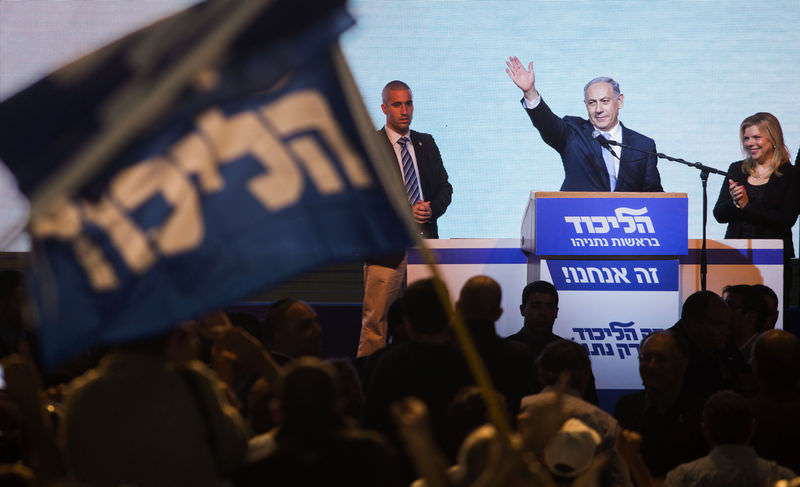 by Daily Sabah with Agencies Mar 18, 2015 12:00 am
The White House said on Wednesday it still believes a two-state solution is the best way to find peace in the Middle East, after Israel's Benjamin Netanyahu vowed he will never let a Palestinian state be established as long as he is Prime Minister.

President Barack Obama believes a two-state solution is "the best way to resolve the situation," according to White House spokesman Josh Earnest, who added that Obama had not yet called to congratulate Netanyahu on his election victory.

Earnest also that the White House was deeply concerned by the use of "divisive rhetoric" in the Israeli election that sought to undermine Arab-Israeli citizens.

"Based on Prime Minister Netanyahu's comments, the United States will reevaluate our position and the path forward in the situation," it said.

The statement did not elaborate on the options under consideration but speculation swirled about whether the Obama administration might cease using the US veto at the UN Security Council to shield Israel from the Palestinians' efforts for statehood.

Earnest told reporters traveling on Air Force One that the United States would communicate its concern about the issue directly to the Israelis.

The White House's statement came after Netanyahu suggested on election day in Israel that left-wingers were trying to get Arab-Israeli voters out "in droves" to sway the election against him.

On Monday, Netanyahu pledged that a Palestinian state will not be established if he is re-elected, as part of frantic last-minute campaigning ahead of parliamentary elections.

"I think that whoever today moves to establish a Palestinian state and withdraw from territory is giving attack territory for extremists against the state of Israel," Netanyahu said.