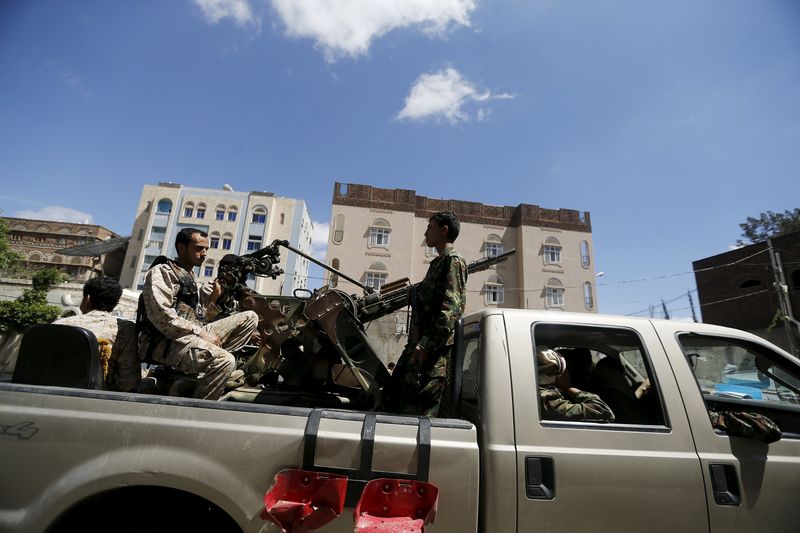 by Compiled from Wire Services Mar 26, 2015 12:00 am
Saudi Arabia and a coalition of regional allies have launched a military operation in Yemen against rebels threatening the government there, the kingdom's ambassador to the United States said on Wednesday.

Al-Jubeir said the operation involves 10 countries, including Gulf Arab countries, and added that the operation aims to defend and support the legitimate government of Yemen and prevent the radical Huthi movement from taking over the country.

The Saudi envoy said that for the moment the action was confined to air strikes on various targets around Yemen, but that other military assets were being mobilized and that the coalition "would do whatever it takes."

The ambassador said he would not go into detail about the support being provided by Saudi Arabia's allies, but added "we consulted very closely with many of our allies and in particular with the United States.

"We are very pleased with the outcome of those discussions," he said.

"We have a situation where you have a militia group that is now in control or can be in control of ballistic missiles, heavy weapons and an air force," he said, arguing that the Huthi advance could not be tolerated.

Al-Jubeir said that the legitimate government of Yemen was involved in a political process that had the support of the international community and that no "outside militia" would be allowed to interfere with that.

Iranian Foreign Ministry, on the other hand, demanded an immediate halt to all military "aggressions" in Yemen and warned that it might further complicate the crisis, the semi-official Fars news agency reported on Thursday.

"Iran wants an immediate halt to all military aggressions and air strikes against Yemen and its people ... Military actions in Yemen, which faces a domestic crisis, ... will further complicate the situation ... and will hinder efforts to resolve the crisis through peaceful ways," Fars quoted Foreign Ministry spokeswoman Marzieh Afkham as saying.

Iran denies providing money and training to the Shi'ite Houthi militia in Yemen, as alleged by some Western and Yemeni officials.