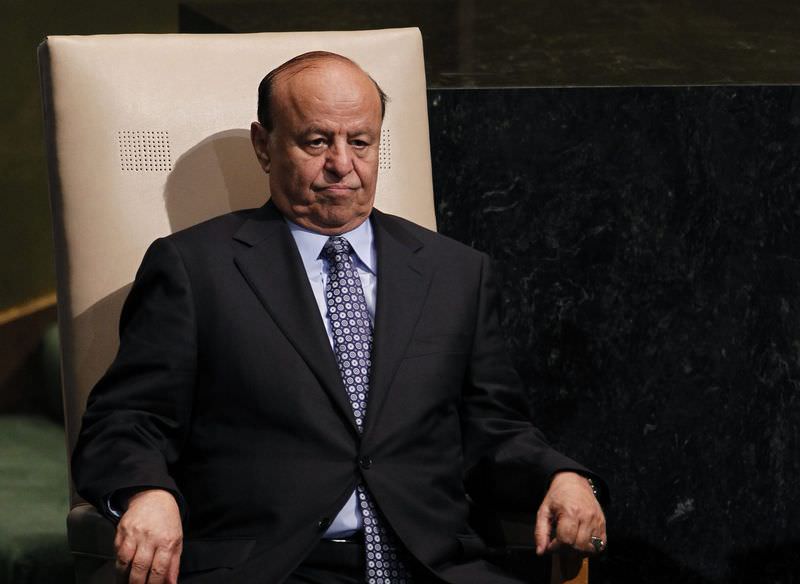 by Anadolu Agency Mar 27, 2015 12:00 am
Yemeni President Abd Rabbuh Mansour Hadi arrived in Egypt's Red Sea resort town of Sharm el-Sheikh on Friday to attend the 26th Arab League Summit, which will focus on the Saudi-led military campaign against his Houthi militia opponents.

The Yemeni leader flew in from Saudi capital Riyadh, which he visited on Thursday shortly after Saudi Arabia and its Arab allies launched a military campaign against Yemen's Shiite Houthi group.

The leaders of Tunisia, Bahrain, Palestine, Iraq, Somalia and Djibouti have already arrived in Sharm to participate in the two-day summit.

Hadi fled southern Yemen on Thursday after the Houthis raided his residence in the southern city of Aden earlier this week.

Predominantly-Sunni Saudi Arabia said the strikes had come in response to Hadi's appeals for military intervention in Yemen with a view to "saving the people from the Houthi militias."

Fractious Yemen has been in turmoil since last September, when the Houthis overran capital Sanaa, from which they have sought to extend their influence to other parts of the country as well.