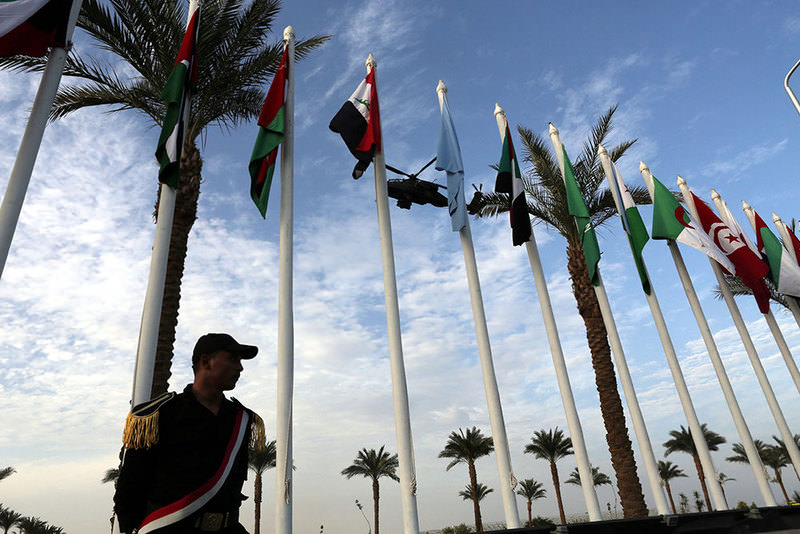 by Mar 29, 2015 12:00 am
Arab leaders have approved the formation of a joint Arab military force to tackle regional security threats, Egyptian President Abdel-Fattah el-Sissi said on Sunday, a step that has eluded Arabs for decades.

Addressing the closing session of an annual Arab League summit, al-Sissi said chiefs of Arab armies would meet to discuss details of creating the force.

The approval comes days after the Saudi Arabia and Sunni fellow Arab countries unleashed an air campaign in Yemen targeting Shiite Houthi rebels, believed to be backed by Shiite Iran.

It was earlier reported by Egyptian state TV that Arab foreign ministers have agreed to form a joint military force on Thursday.

In 1950, members of the Arab League signed a joint defense agreement, which has been rarely enforced.