UN emergency fund for Palestinians in Syria near empty 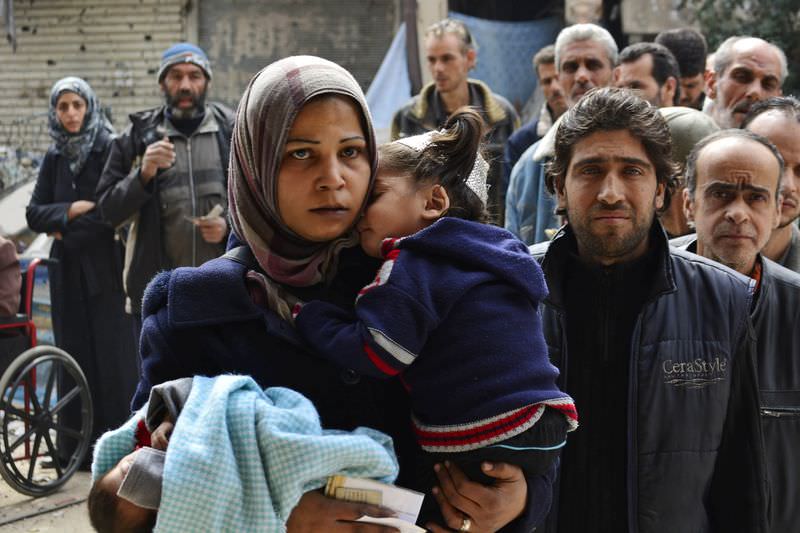 by Associated Press Mar 29, 2015 12:00 am
Just four percent of emergency work in Syria for Palestinians has been funded so far this year, threatening the viability of a cash assistance program that UNRWA spokesman Christopher Gunness described on Sunday as a "lifeline" for refugees.

He said the United Nations Relief and Works Agency for Palestine Refugees needs around $415 million, of which $250 million would fund its cash program which provides cash distributions for roughly half a million Palestinian refugees affected by the war in Syria.

Gunness spoke to The Associated Press from Kuwait, where an international conference will take place on Tuesday to raise funds for humanitarian operations in Syria.

"We're not crying wolf here. If we don't receive the funds for this program at this conference in Kuwait we are going to have to cease in a matter of days our vital cash assistance program," he said.

"It will be devastating," he added. "This is literally a lifeline. It is quite literally a matter of life and death."

More than 95 percent of Palestinian refugees from Syria rely on UNRWA assistance, particularly the cash distributions due to high unemployment caused by the Syrian civil war, now in its fifth year. The agency's relief reaches some 475,000 Palestinian refugees still residing in Syria, with another 45,000 in Lebanon and 15,000 in Jordan where many have fled.

Guness said that last year, its emergency budget of $417 million was only 52 percent funded. As a result, the agency had to slash its rounds of cash distribution in half and beneficiaries received just $16 per month, or around 60 cents a day.

At last year's donors' conference in Kuwait, nearly 40 nations and key organizations pledged $2.4 billion for overall needs in Syria. But $585 million had not been paid, according to information released in November by the U.N. humanitarian office's Financial Tracking Service.

In December, the World Food Program was forced to launch a social media campaign to raise money from people online after an electronic food voucher program for Syrian refugees was suspended because many donors failed to meet their commitments.
Last Update: Mar 30, 2015 11:00 am
RELATED TOPICS