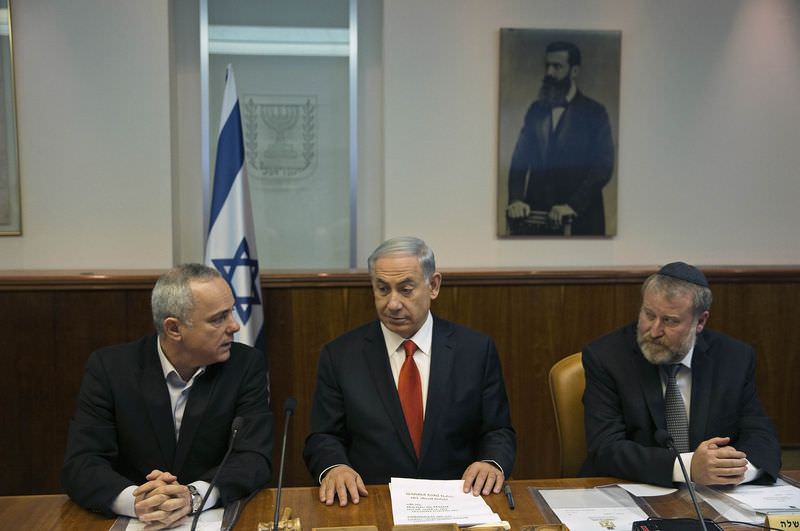 by Compiled from Wire Services Apr 02, 2015 12:00 am
Israel on Thursday dismissed celebration of a nuclear framework deal between major powers and Iran, calling it detached from reality, and vowed to continue lobbying to prevent a "bad" final agreement.

Strategic Affairs Minister Yuval Steinitz said in a statement after the announcements in Switzerland:

"The smiles in Lausanne are detached from wretched reality in which Iran refuses to make any concessions on the nuclear issue and contiues to threaten Israel and all other countries in the Middle East.

"We will continue with our efforts to explain and persuade the world in hopes of preventing a bad (final) agreement."

A short time earlier, some western officials - holding talks with Iran in Switzerland - said that they had agreed some guidelines with Iran in preparation for reaching a final deal on the country's nuclear program.

The initial agreement includes the termination of European nuclear-related economic and financial sanctions, according to High Representative of the EU for Foreign Affairs and Security Policy Federica Mogherini.

She added that the United States would also cease the application of all nuclear-related secondary economic and financial sanctions, simultaneously with the International Atomic Energy Agency-verified implementation by Iran of its key nuclear commitments.