Abbas threatens Israel to apply to ICC over tax 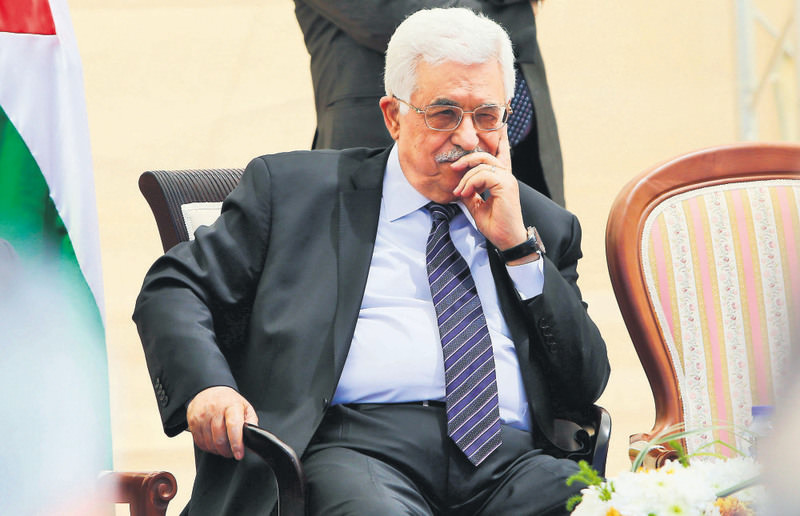 by Daily Sabah with Wires Apr 06, 2015 12:00 am
The Palestinian Authority (PA) President Mahmoud Abbas has rejected Israel's partial transfer of Palestinian tax revenue, stating that he would turn to the International Criminal Court (ICC) unless Israel fully releases hundreds of millions of dollars in tax monies owed to the Palestinian Authority. "We will not take the money until we get all of it: either you give us the full amount or we go to the ICC," President Abbas said, underscoring that he would accept nothing but the full amount of money that Israel owes to the Palestinians. "They said they were going to send the money and in the end they did, but a third of it was deducted, why?" he asked during a speech in the West Bank city of Ramallah, while confirming that two thirds of the money had been transferred. "Now we have a new file to take to the ICC, first there was the (summer) war in Gaza, then there was the settlements and now the Palestinian leadership is considering presenting this issue to the court in due time," he added.

In February, Israel's state-owned electric company briefly cut power to several Palestinian cities in the occupied West Bank to press for payment of what it said was $492 million owed by the Palestinian government. Palestinians are largely dependent on electricity supplied by the Israel Electric Corporation. Under an economic agreement between the two sides signed in 1994, Israel transfers to the PA tens of millions of dollars each month in customs duties levied on goods destined for Palestinian markets that transit through Israeli ports.
Last Update: Apr 06, 2015 9:51 pm
RELATED TOPICS