ISIS video purports to show killing of Ethiopians in Libya 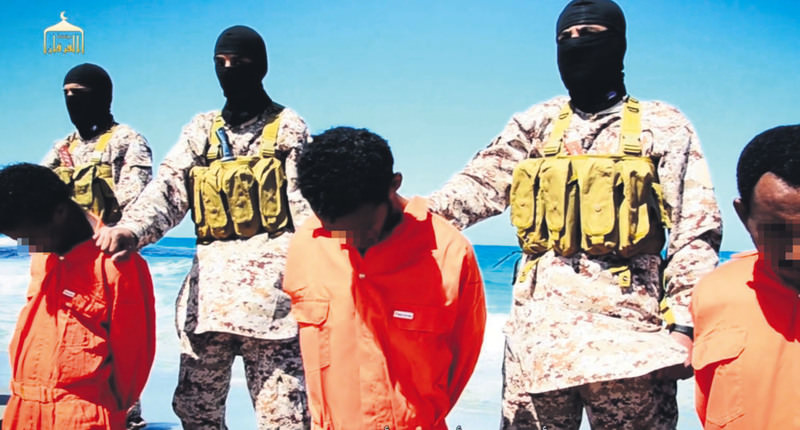 by Associated Press Apr 19, 2015 12:00 am
A video released by the Islamic State of Iraq and al-Sham (ISIS) on Sunday appears to show the killing of two different groups of captured Ethiopian Christians by the extremist group's Libyan affiliates. The 29-minute online video purports to show militants holding two groups of captives. It says one group is held by an ISIS affiliate in eastern Libya known as Barka Province and the other by an affiliate in the south calling itself the Fazzan Province. A masked fighter brandishing a pistol delivers a long statement, saying Christians must convert to Islam or pay a special tax. The video then switches between footage of the captives in the south being shot dead and the captives in the east being beheaded on a beach.

It was not immediately clear who the captives were or when they were captured. It was also not clear how many captives were killed. The video bore the official logo of the ISIS media arm Al-Furqan and resembled previous videos released by the extremist group, including one in February in which ISIS militants in Libya beheaded 21 captured Egyptian Christians on a beach. ISIS has been able to gain a foothold amid the chaos in Libya, where two governments backed by rival alliances of militias are battling each other as well as extremist groups.
Last Update: Apr 19, 2015 10:34 pm
RELATED TOPICS