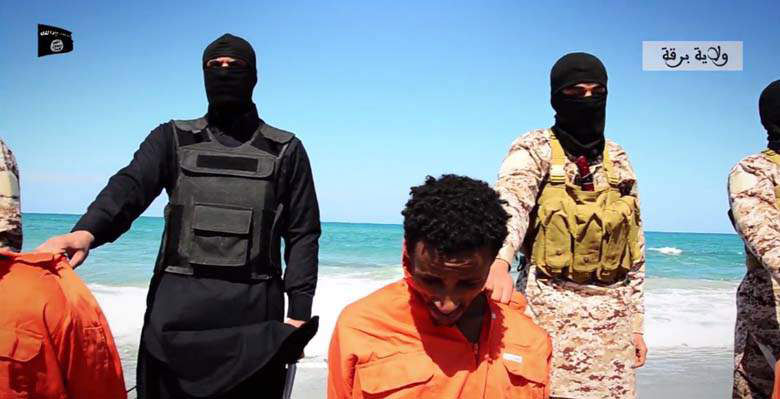 by Compiled from Wire Services Apr 19, 2015 12:00 am
A video released by ISIS terrorist group purportedly shows the execution of dozens of Ethiopian Christians by its affiliates in two separate areas of Libya.

The video portrayed Christians as crusaders out to kill Muslims and then showed about 15 men beheaded on a beach and another group of the same size shot in their heads in scrubland.

"To the nation of the cross: Muslim blood that was shed on the hand of your religion is not cheap," an English-speaking executioner said in the video.

"In fact, their blood is the purest blood because there is a nation behind them that seeks revenge," he added.

The professionally produced video is edited to include close-up shots of the moments of execution.

Those executed were described as "the worshippers of the cross belonging to the hostile Ethiopian church."

Neither the authenticity of the video or the nationality of the victims could be independently verified.

ISIS previously executed a group of Egyptian Coptic Christians on the Libyan beaches. The terrorist group has made inroads in the lawless state, where the central government has lost control over most of the country.

The extremist militia, which controls parts of Iraq and Syria, has also shown videos of executions of Syrian soldiers and foreigners, including journalists and aid workers from Britain and the United States.