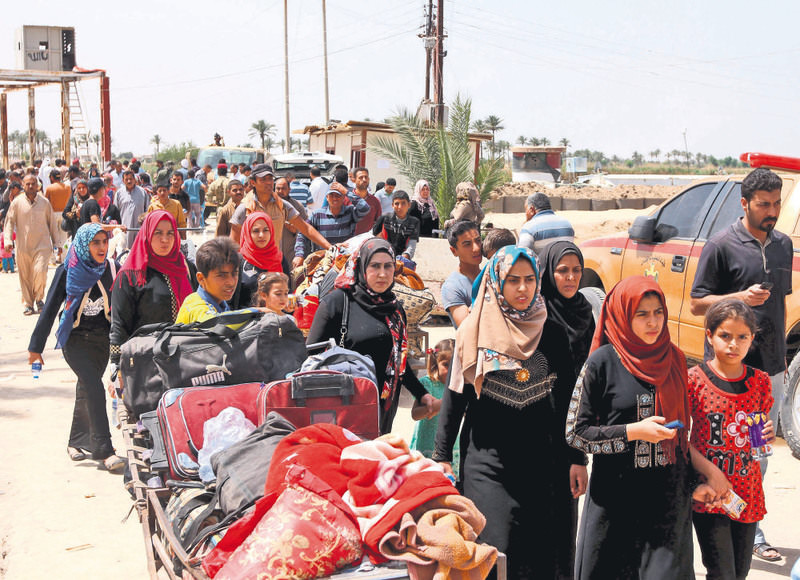 The advances made by ISIS in Iraq's Anbar province despite the U.S.-led coalition and Iraqi security forces along with the Iranian-backed Shiite militias continue assaults, have led to the escape of at least 90,000 people

More than 90,000 people have fled Islamic State of Iraq and al-Sham's (ISIS) advance in Iraq's western Anbar province, which has set off fierce fighting in and around the provincial capital Ramadi, a United Nations humanitarian agency said on Sunday. The Office for the Coordination of Humanitarian Affairs said in a statement that civilians are fleeing Ramadi as well as three nearby villages captured by the ISIS a few days ago. It said humanitarian agencies have moved quickly to provide assistance, including food, water and shelter.

"Our top priority is delivering life-saving assistance to people who are fleeing food, water and shelter are highest on the list of priorities," said Lise Grande, the U.N. humanitarian coordinator for Iraq. Grande expressed concern over the safety of the displaced people, who are mainly heading to Baghdad and the ISIS-held city of Fallujah. "Seeing people carrying what little they can and rushing for safety is heart-breaking," she added. Iraqi officials in Anbar have described Ramadi as a ghost town, with empty streets and closed shops.

Following the victory in Tikrit, Iraqi forces were readying to recapture Anbar province and ISIS's advance was not expected. But the militants struck back in Anbar as well as in Baiji where they blasted through the security perimeter around Iraq's largest refinery several days ago. The group made advances in Iraq's Ramadi despite the U.S.-led coalition and Iraqi security forces along with the Iranian-backed Shiite militias continue assaults to free the captured cities.

Reuters reported that local officials and police sources said that ISIS militants gained ground in western Iraq on Wednesday, overrunning another village near the capital of Anbar province in a dawn raid. The news agency also reported that hundreds of families were fleeing Albu Ghanim after security forces came under attack from the militants overnight and withdrew from the area, around 5 km (3 miles) northeast of the provincial capital Ramadi and the militants have been making inroads on Ramadi's northern periphery since the government announced the start of a new offensive last week to recapture the Sunni heartland of Anbar.
Last Update: Apr 20, 2015 10:48 am
RELATED TOPICS