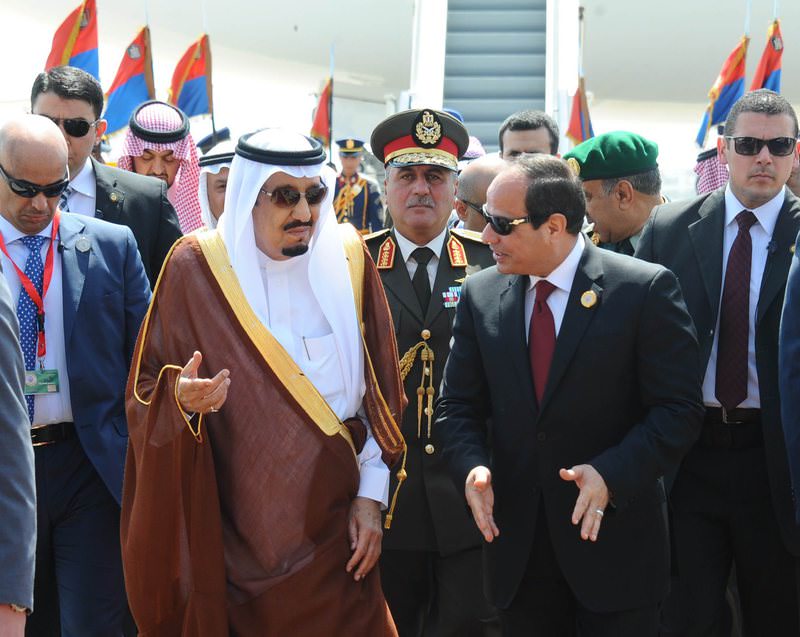 |AFP Photo
by Anadolu Agency May 02, 2015 12:00 am
Egypt's President Abdel-Fattah al-Sisi has arrived on Saturday in Saudi capital Riyadh, three days after a major royal shakeup in the oil-rich kingdom.

The Egyptian leader is expected to hold talks with King Salman on bilateral relations and a host of issues of mutual concern, the agency said.

The Egyptian Presidency said that al-Sisi will extend his congratulations to bin Nayef and bin Salman for their appointments heirs to the throne.

Saturday's visit is the third by al-Sisi to Saudi Arabia this year.

Saudi Arabia was among the first Arab countries that welcomed the ouster of democratically elected former President Mohamed Morsi in mid-2013, through a military coup lead by al-Sisi, who was then an army general.