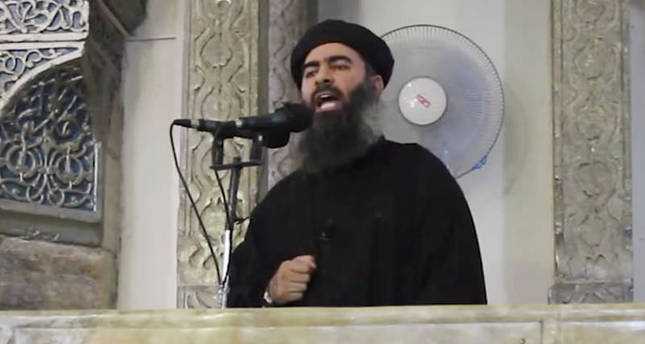 by Daily Sabah May 03, 2015 12:00 am
The self-proclaimed Islamic State of Iraq and al-Sham (ISIS) is preparing to take the revenge of their incapacitated leader Abu Bakr al-Baghdadi, who suffered spinal injuries during an airstrike carried out in March.

According to the Guardian, three sources close to the terrorist organization have confirmed that Baghdadi's injuries will most likely prevent him from leading ISIS in the future, which is currently led by its deputy leader Abu Alaa al-Afri.

It was reported that though Baghdadi's condition is not revealed to the group, talks have started to spread, leading many supporters to seek revenge. Two ISIS insiders have reportedly said that the US-led airstrikes have taken a toll on the terrorist organization's numbers and that "they are planning to fight back against Europe and take revenge for Baghdadi."

A U.S.-led alliance is seeking to bring down ISIS's territorial gains in Iraq and Syria.

Baghdadi has called for attacks against the rulers of Saudi Arabia and aims to take over the region and the world in line with the terrorist group's radical vision.