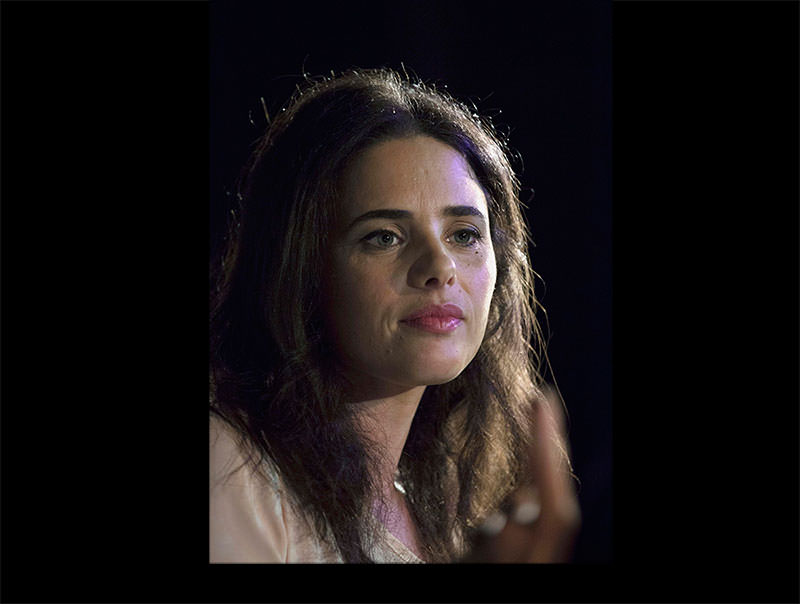 A well-known far-right Israeli politician with strident views toward Palestinians, such as labeling them all terrorists and wishing death to all Palestinians mothers, was appointed justice minister by PM Netanyahu

Israeli Prime Minister Benjamin Netanyahu formed the most right-wing coalition government in Israel's history on Wednesday, as he agreed on a pact with Naftali Bennett – the leader of the Jewish Home party, the country's pro-settlement ultranationalist political force that opposes a two-state solution to conflict between Israel and Palestine.

The alliance between Netanyahu, which had a slim majority in the Knesset after the March election, and Bennett's Jewish Home has already drawn criticism from Israel's left as well as from Palestinians, most strikingly for the assignment of Ayelet Shaked – who had called all Palestinians "terrorist enemies" and wished death for the Palestinians during Israel's attack on Gaza last summer – as the next justice minister.

During the Israeli military's Operation Protective Edge in Gaza last summer, which killed more than 2,500 civilians, Shaked posted the following on her Facebook page: "Behind every terrorist stands dozens of men and women without whom he could not engage in terrorism. They are all enemy combatants, and their blood shall be on all their heads. Now this also includes the mothers of the martyrs, who send them to hell with flowers and kisses. They should follow their sons, nothing would be more just. They should go, as should the physical homes in which they raised the snakes. Otherwise, more little snakes will be raised there."

"They have to die and their houses should be demolished so that they cannot bear any more terrorists," Shaked said. Standing behind the operations in Gaza, she added, "They are all our enemies and their blood should be on our hands. This also applies to the mothers of the dead terrorists," a comment that was condemned by the international community and translated to a call for genocide against the Palestinian people.

Furthermore, Netanyahu's new coalition with the hardliner Jewish Home is expected to cast a shadow on any possible peace prospects to end the Israeli-Palestinian conflict, despite growing international pressure.

Saeb Erekat, the top Palestinian official in charge of peace negotiations, condemned Shaked's appointment to the Justice Ministry and criticized the new coalition. "The new government of Netanyahu, which is a narrow right-wing one, is against peace and [will] lead the region to more violence, bloodshed and radicalism," DPA reported Erekat saying.

Isaac Herzog, the leader of Israel's Labour Party, which is now set to head the opposition, called the new coalition "the narrowest in the history of Israel," the report added.

Former Foreign Minister Avigdor Lieberman's departure from the coalition negotiations gave the Jewish Home an advantage against Netanyahu, which was optimally utilized.

Recently, many European Union states have passed symbolic resolutions to recognize Palestine as a state, and the United Nations has passed resolutions that call for the ending of attacks on civilians and illegal settlement projects in the occupied territories. Since gaining control of the West Bank in the 1967 Six-Day War, Israel has been building settlements for its citizens and continues to occupy new territories. In addition, giving the control over the Justice Ministry and the agriculture portfolio will also mean an increase in the building of new Jewish settlements on the occupied territories.

Meanwhile, Israel has authorized 900 new Jewish settlements in East Jerusalem in recent days, which was criticized by Washington on May 7.

"We have consistently said that we oppose – we strongly oppose – steps by the Israeli authorities to advance construction in East Jerusalem. This is a disappointing development, and we're concerned about it just as the new Israeli government has been announced. Israel's leaders have asserted that they remain committed to a two-state solution, and we need to see that commitment in the actions of the Israeli government. Moving forward with construction of housing units in East Jerusalem is damaging and inconsistent with that commitment," Acting U.S. State Department Deputy Spokesperson Jeff Rathke said during a daily press briefing on Thursday.

Netanyahu's hawkish attitude has also become a matter of dispute with U.S. President Barack Obama. Although the White House congratulated Netanyahu and the new government, the U.S. administration has taken a "distanced" position in their relationship with Israel, most currently with a refusal coming from both the Obama and U.S. Secretary of State John Kerry to meet Netanyahu during his visit to Washington to attend talks on Iran in the U.S. Senate prior to March 7 elections.

Netanyahu's rhetoric, which had sharpened prior to the elections, is expected to elevate with the new coalition formed with Bennett's Jewish Home, which will most likely be pushing for new Jewish settlements, including annexation of parts of the West Bank. Such moves will push the already strained relations between Israel and its closes ally, the United States, to lower levels, and further sour relations with the EU.

The new coalition government formed with five parties will include 61 of the 120 members of the Knesset, Israel's parliament. Netanyahu is expected to be sworn in on Monday, marking the prime minister's fourth term.
Last Update: May 08, 2015 8:04 pm
RELATED TOPICS