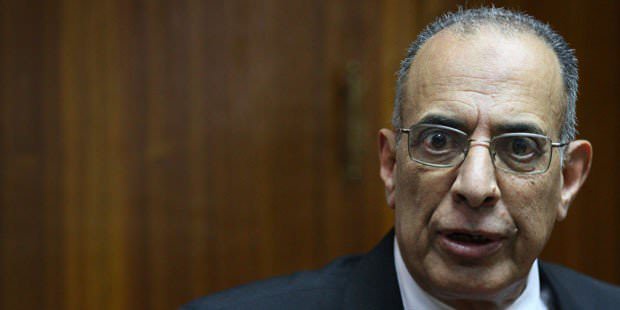 by Anadolu Agency May 11, 2015 12:00 am
Egypt's Justice Minister Mahfouz Saber resigned on Monday after controversial statements he made a day earlier on children of garbage collectors being unfit to work in the judiciary.

"I tendered my resignation to the prime minister on Monday," Saber told Anadolu Agency.

He cited "health reasons" and media furor over his recent statements for the resignation.

Cabinet spokesman Hossam al-Qawish, for his part, said that the minister's resignation had been accepted.

Saber said during a televised interview on Sunday evening that working within the "lofty" judicial institution requires a "suitable background."

"A judge is a position of high stature and it requires a respectable background, both financially and morally," Saber told the interviewer.

"With due respect to cleaners and those below them, if the son of a cleaner were to work as a judge, he would suffer depression and he won't continue."

Saber went on to "thank" garbage collectors for their efforts in raising their children and helping them attain degrees, adding that "there are other jobs more suitable for them, as the judiciary has particular prestige and stature."

But the remarks have triggered controversy in Egypt amid calls for the minister to resign.

On Monday, Saber sought to defend himself, saying that his remarks had been misunderstood.

"I did not intend to offend anybody, especially cleaning workers," he told reporters. "This is not the time to stir such issues," Saber said, maintaining that he "respected" all Egyptian social classes.
Last Update: May 12, 2015 11:19 am
RELATED TOPICS