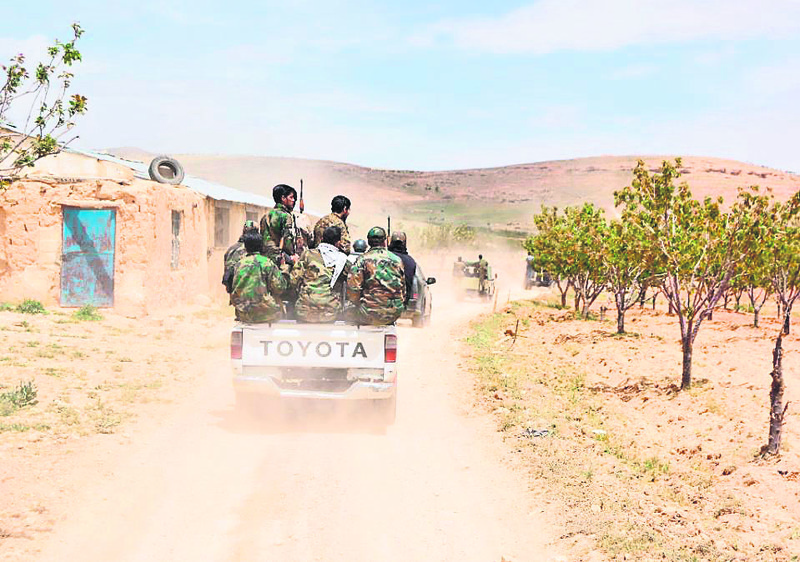 Hundreds of troops loyal to the Syrian regime are trapped in the towns in southern Syria that were recently captured by the rebels. The battles have intensified as the rebels aim to make more advances

The battles in the south of Syria have intensified after rebels seized Idlib and advance into Latakia, a stronghold of the regime. The regime forces have intensified air raids on rebel-held areas while hundreds of troops, including Iranian elite guards, have been mobilized. The Shiite militant group Hezbollah, which fights alongside the regime forces, is preparing to launch new attacks on the rebels. On the other hand, hundreds of regime forces are trapped in towns that have been recently seized by the rebels. The trapped regime troops have desperately fought opposition groups, with hundreds being killed.

At least 72 fighters were killed in a single day as the Syrian army battled to relieve some 250 besieged regime loyalists under rebel assault, a monitoring group said on Monday. President Bashar Assad had personally pledged to rescue the trapped troops and civilians, who are said to include senior figures, who have been holed up in a hospital complex ever since rebels captured the northwestern town of Jisr al-Shughur two weeks ago. As the relief column fought its way to within two kilometers of the complex on Sunday morning, the rebels launched an all-out assault, the Syrian Observatory for Human Rights said. At least 40 rebels and 32 government troops were killed in the heavy fighting that erupted inside the complex and with the advancing column, Observatory director Rami Abdel Rahman told AFP. The clashes continued into the early hours of Monday with the rebels retaking some ground from the advancing troops before being pushed back. Among the 250 people holed up inside the complex are around 150 government troops, including "high-ranking officers," as well as their family members and some civil servants, Abdel Rahman said. It is unclear how much food and ammunition they have left. The rebels assaulting the complex include fighters of the al-Qaeda affiliate al-Nusra Front. They seized the rest of Jisr al-Shughur on April 25, extending their gains in Idlib province, where they have also captured the provincial capital and a military base in recent weeks.

Al-Nusra Front has played a significant role during the capture of strategic towns. Al-Qaida's official Syrian branch, the al-Nusra Front, emerged as a decisive actor in the war against the Syrian regime after it was established in the middle of 2011. It has been carrying out effective attacks under the leadership of Abu Mohammad al-Julani, about whom there is limited information. The group led the capture of Idlib and other key towns near the Jordanian border.

In March 2011, Syrians were emboldened enough to raise their voices against the dictatorship of Assad. However, the regime's response was not as peaceful as the protests, and the country was subsequently dragged into a deadly civil war after opposition groups took up arms against the government. Opposition groups have also been divided internally. While moderate opposition groups like the Western-backed Free Syrian Army (FSA) are struggling for a democratic Syria where all religions and political groups are free to co-exist, radical elements like al-Nusra Front, and the Islamic State of Iraq and al-Sham (ISIS) aims to establish a new Syria ruled by extremist religious jurisprudence.
Last Update: May 12, 2015 10:16 am
RELATED TOPICS